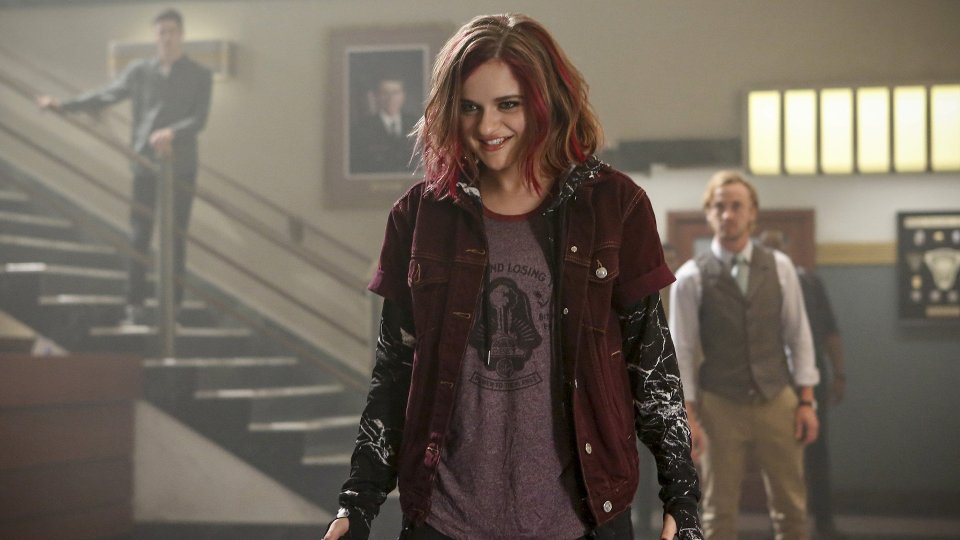 Barry (Grant Gustin) learned the full extent of the timeline changes on the latest episode of The Flash.

Iris (Candice Patton) had not forgiven Joe (Jesse L. Martin) for not telling her that her mother was alive and Cisco (Carlos Valdes) was furious with Barry for not altering the timeline to save his brother from being killed by a drunk driver.

Barry also found out that at work he had a new CSI partner called Julian Albert (Tom Felton), who was no fan of him. In an impulsive decision, Barry tried to change the timeline again but was intercepted by Jay Garrick (John Wesley Shipp) in 1998 who told him the timeline never fully resets.

Meanwhile Clariss (Todd Lasance) had his powers restored by Alchemy and got his Flashpoint memories back. He faced off with Barry, who was helped by Cisco during their battle. After being locked up Clariss was attacked in his cell.

The next episode of the season is Magenta. A new meta who can control metal, terrorises the city. Meanwhile, Barry and Team Flash reunite with Earth-2 Wells and Jesse.