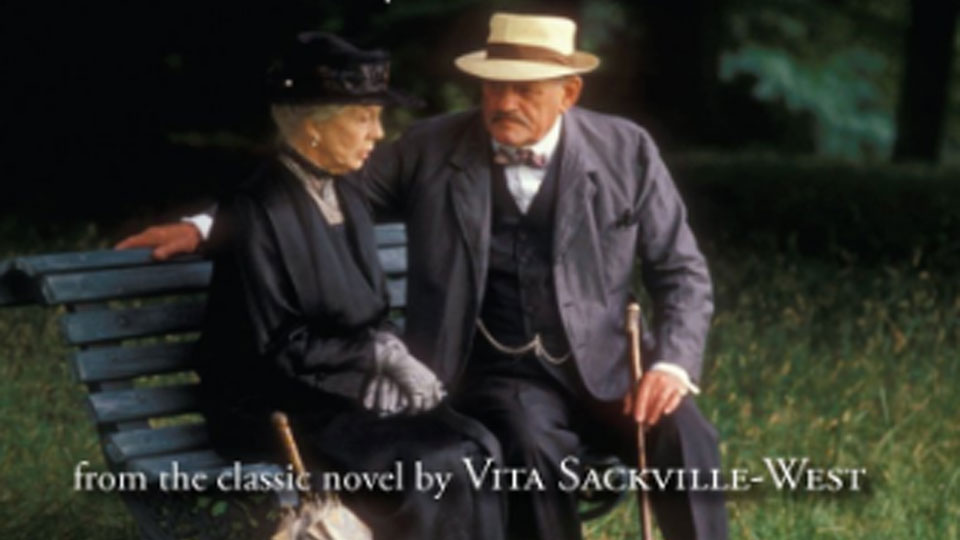 All Passion Spent is an adaptation of Vita Sackville-West’s 1931 novel made by the BBC in 1986. The story unfolds over three 55-minute episodes, and the entire serial is contained on this DVD release from Network.

It follows the fortunes of Lady Slane (Wendy Hiller), who, in her declining years, finds an unexpected independence after the death of her husband. She decides to downsize, moving from Kensington to a cottage in Hampstead, much to the chagrin of her children (including the ever-entertaining Graham Crowden), who now need to book an appointment to visit her. We then follow her new life in Hampstead as her peace is threatened by the unexpected arrival of an old flame from India, Mr FitzGeorge (Harry Andrews) and the unhappy engagement of her granddaughter Deborah (Jane Snowden).

As you may expect from the pen of Sackville-West (the partner of the equally languid Virginia Woolf), All Passion Spent is a quiet, sedate and undemonstrative drama. In that way, it’s perfect fodder for the small screen, and it’s just a shame that it was shot entirely on tape rather than film, including on location, which gives it a cheaper and more artificial look.

Perhaps the BBC saved money on production values and opted instead to pay for a truly outstanding cast of older actors. Wendy Hiller in the lead role is joined by Harry Andrews, Maurice Denham, Phyllis Calvert and Graham Crowden: all leading actors of their generation. Consequently the performances are beautifully observed, and this fine cast creates some memorable characterizations. Most touching perhaps is the friendship that develops between Lady Slane and her landlord, Mr Bucktrout (Maurice Denham).

This is great viewing for those who enjoy theatrical costume drama, which is entirely dialogue-led. If you prefer your TV to involve special effects, rapid cuts and superheroes, this isn’t the title for you. But as a poignant look at an elderly woman finally finding the courage to live for herself and out of the shadow of her husband, All Passion Spent is charming and emotionally pleasing.