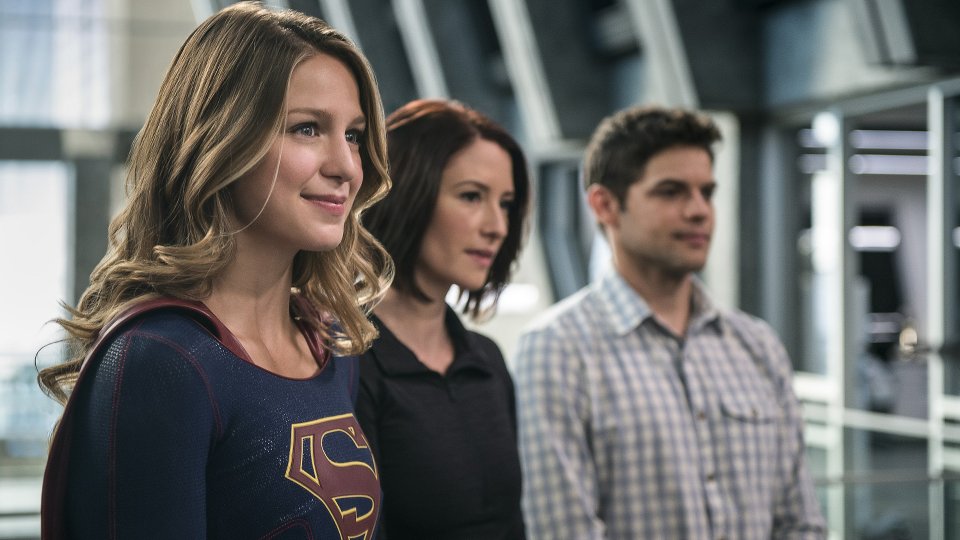 Clark (Tyler Hoechlin) decided to stick around National City on the latest episode of Supergirl.

Metallo (Frederick Schmidt) and a prototype went on the rampage in Metropolis and Alex (Chyler Leigh) discovered that a mole in the DEO was smuggling kryptonite to Project Cadmus. The mole was killed and it was revealed that Project Cadmus wanted to destroy all aliens.

Winn (Jeremy Jordan) built anti-kryptonite suits to allow Kara (Melissa Benoist) and Clark to defeat the Metallos. J’onn (David Harewood) trusted Clark with the rest of the kryptonite, which he took to Metropolis.

Elsewhere Cat (Calista Flockhart) took a leave of absence from CatCo and introduced Kara to her new boss Snapper (Ian Gomez). The alien (Chris Wood) from the pod also woke up and attacked Kara.

The next episode of the season is Welcome to Earth. Supergirl and the DEO are assigned to protect the President (Lynda Carter) after she becomes the victim of a terrifying attack.