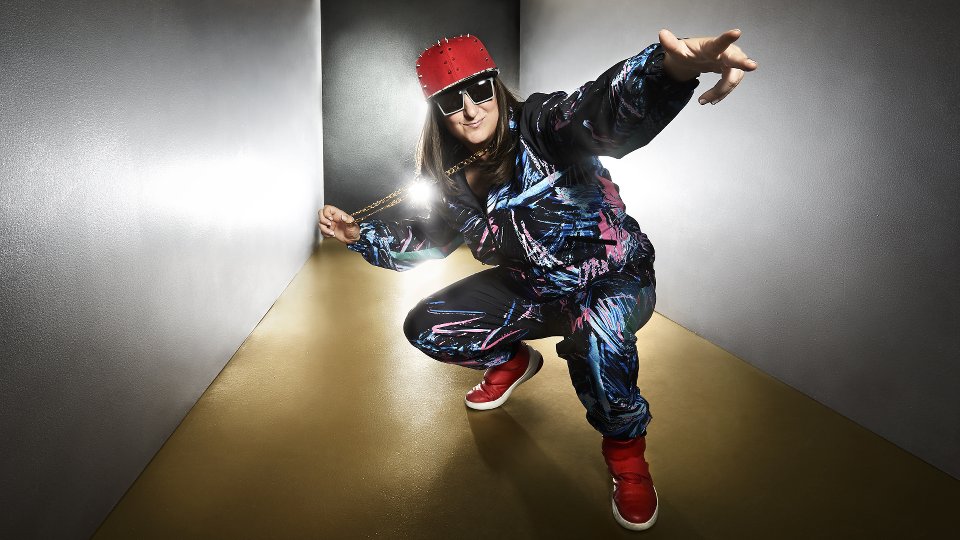 This week’s theme on The X Factor was conveniently Fright Night, just in time for Halloween! Judges Nicole Scherzinger, Sharon Osbourne, Louis Walsh and Simon Cowell were supporting their contestants, the boys, the overs, the groups and the girls.

The song: Fifth Harmony – I’m In Love With a Monster

Our verdict: Gifty sounded a bit tentative to begin with but overall she was pretty good. I enjoyed her performance and thought she did a great job dancing. I didn’t think it was her best performance on the show.

The comments: Louis thought the song was a bit of a risk because he didn’t know it. Sharon also didn’t know the song but it didn’t matter because she loved it. Nicole said that she killed it.

The song: Nina Simone – I Put a Spell on You

Our verdict: Matt always sounds great and I thought Nina Simone’s track suited him perfectly. His version of the song was original and he looked hot!

The comments: Louis said that every week he was getting better and Sharon mirrored his comments. Simon also loved it and thought he could be a successful recording star.

Our verdict: Of course it wouldn’t be Fright Night without one of the contestants singing MJ’s Thriller and for once I was looking forward to the performance. I have to mention the guys outfits first, which I thought were awful and didn’t do them justice. That being said the performance was good but the boys singing was a bit pitchy at parts. As a group though 5 After Midnight have chemistry and do the best dance routines.

The comments: Nicole said that something good happened every time the guys get on stage. Sharon said she loved the fact that the boys performed Thriller and that it suited them. Simon added that it was a fantastic performance and was much better than last week.

The song: Will Smith – Men in Black

Our verdict: Honey G hasn’t got the moves is the first thing that came to my mind watching her performance. I did enjoy parts of her performance but unlike other weeks Honey G’s confidence seemed to be a bit shaken. I hated her dance moves but her rapping was fine.

The comments: Louis said that every week Honey G’s Nicole told Honey G to work on her singing as it was a bit rigid. Simon said it was like being at Honey G’s concert rather than the X Factor and that the G stands for the greatest.

The song: Backstreet Boys – Everybody

Our verdict: This week’s performance from Ryan was the best so far. He looked confident on stage and really seemed to enjoy the song.

The comments: Louis said it was such transformation since last week. Sharon also said that he had attitude on stage and to keep on doing it. Simon said vocally that it was a thousand times better. Mentor Nicole said that he had ‘arrived’.

The song: Bonnie Tyler – Total Eclipse of the Heart

Our verdict: Sam’s vocals were great again tonight. I thought the song really made her stand out as a singer but her performance itself was one of the most boring of the evening.

The comments: Louis said that there was something about her and that she had a great personality. He thought it was great. Sharon said her beauty and rock voice would suit the gap in the market. Mentor Simon said that he didn’t think he picked the right song for her but was fantastic nevertheless.

Our verdict: This week’s song choice was brilliant for Saara, who I thought looked and sounded the best she has so far. This was the most fun performance I saw Saara do and I thought

The comments: Louis said the the X Factor needed someone like her. Nicole said it was OK to be different but some of the performance was a bit too ‘pantomime’. Simon added that her voice was dynamite and that he loved it.

Our verdict: The girl group started off shakily but really picked up half way through their performance. I thought they finished on a real high.

The comments: Nicole said that they could really sing and appreciated the performance. Sharon thought that the girls had really progressed and had come a long way.  Simon added that it felt like their performance felt real this week and one of their best.

Our verdict: Emily looked sensational in her outfit and her vocals were heartbreaking. I thought the song choice was beautiful and fitted her voice like a glove. She was amazing and one of my favourite of the evening.

The X Factor results will be announced tomorrow night on ITV.