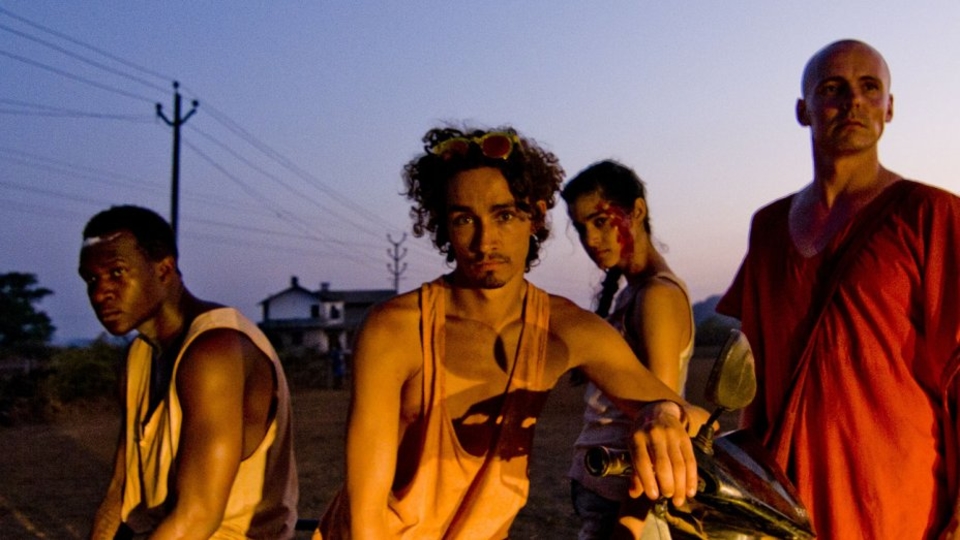 The theatrical trailer for Jet Trash, a hedonistic backpacker thriller from the award-winning production company SUMS Film and Media has been released.

Starring BAFTA nominated Robert Sheehan (Misfits, The Mortal Instruments and Sky Atlantic’s upcoming second season of Fortitude), Sofia Boutella (Kingsman, StarTrek: Beyond and The Mummy) and Screen Daily’s 2015 ‘star of tomorrow’ Osy Ikhile (Tarzan, Mission Impossible 5, In the Heart of the Sea), this fast paced feature film brings trouble to paradise and proves there’s no such thing as the perfect getaway.

Jet Trash follows twenty-somethings Lee (Robert Sheehan) and Sol (Osy Ikhile) as they escape from cold, grey London to the exotic beaches of Goa. Leaving their murky past behind, the boys live-it-up in an X-rated wonderland of sex, drugs and all-night parties.

The dream rapidly becomes a nightmare, as the boys can’t run from their past forever. The arrival of Lee’s old flame, the beautiful but mysterious Vix (Sofia Boutella) brings their problems into sharp focus. Vix steps off the plane with some serious baggage – in the form of vengeful, violent London gangster Marlowe (Craig Parkinson).

In the face of the lovely interloper Vix, the menacing Marlowe and their past transgressions, Lee and Sol must find the strength to stop running away from the past and finally face up to the consequences of their actions.

The creative team behind Jet Trash features exceptional talent; including the award-winning director Charles Henri Belleville and producers Robert Sheehan and Andy Brunskill. Andy is a founding member of the SUMS Film and Media production company, known for producing Lilting, winner of the Best Cinematography at Sundance 2014. The script is adapted by Dan M Brown and Simon Lewis from Simon’s critically acclaimed novel Go.