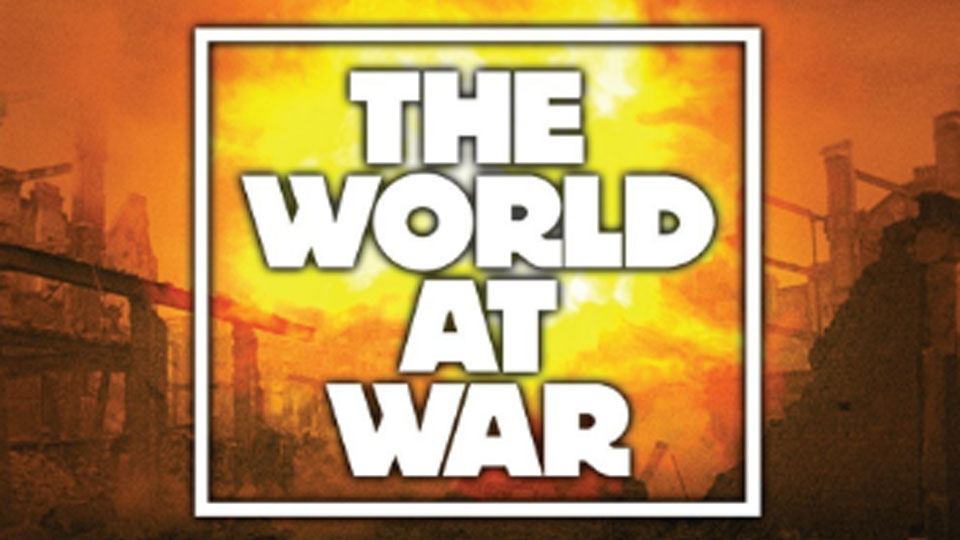 The World at War is one of the greatest documentaries ever made for British television. The series was originally transmitted between 1973 and 1974, and it chronologically charts the Second World War from start to immediate aftermath. The whole series is told through interviews with surviving key players on both sides – the Allies and the Axis powers. It is narrated by Laurence Olivier, the most acclaimed actor of his generation who had been part of the RAF during WWII.

The series was made at the perfect time and it captured a moment in history before it became too late. Just under three decades after the end of the war, many of the young men and women who were involved in the conflict who hadn’t been killed at the time were still alive and in their late 50s or 60s. Now, over forty years after the series was made, they are almost all dead. Making the series any sooner would have made objectivity difficult, and would have necessitated black and white footage. In the early 1970s, the budget was supplied to shoot the interviews on film, and to weave these in to substantial archive film footage, both black and white and colour, which is linked together by Laurence Olivier’s serious, mannered, perfectly precise voice.

The series progresses chronologically, starting with the rise of Hitler and the National Socialists in Germany, a country still raw from its humiliation at the end of WWI. The World at War is an objective view of the conflict, and it doesn’t settle entirely for a British point of view, though perhaps inevitably there are more British interviewees than any other nationality. Even with twenty-six hour-long episodes, there is plenty that is left out. The focus on telling one long, continuous story never breaks though. The handle on history and on narrative is faultless.

The high definition of this release is definitely worth investing in. You can see colour footage of Hitler relaxing at home, joking for the camera with Eva Braun, fussing his dog Blondie. It’s eerie, but compulsive.

Along with Jacob Bronowski’s The Ascent of Man and Kenneth Clark’s Civilisation, The World at War is an essential British TV documentary. Whereas Bronowski covered science and Clark culture, The World at War covers military conflict and the darkest era of modern world history.

Spanning eight discs, this release captures all of the twenty-six episodes, plus two discs of extra features. These include highlights such as an extended interview with Hitler’s secretary, who was a young girl in 1945 and was present in the bunker when Hitler committed suicide. She describes Hitler’s final act, of thanking his staff and saying his goodbyes. Such stories are incredible, spellbinding, breathtaking.

If you are interested in the Second World War and in British television history, The World at War is an essential part of your collection. This is likely to prove the definitive release of this rightly lauded television landmark.