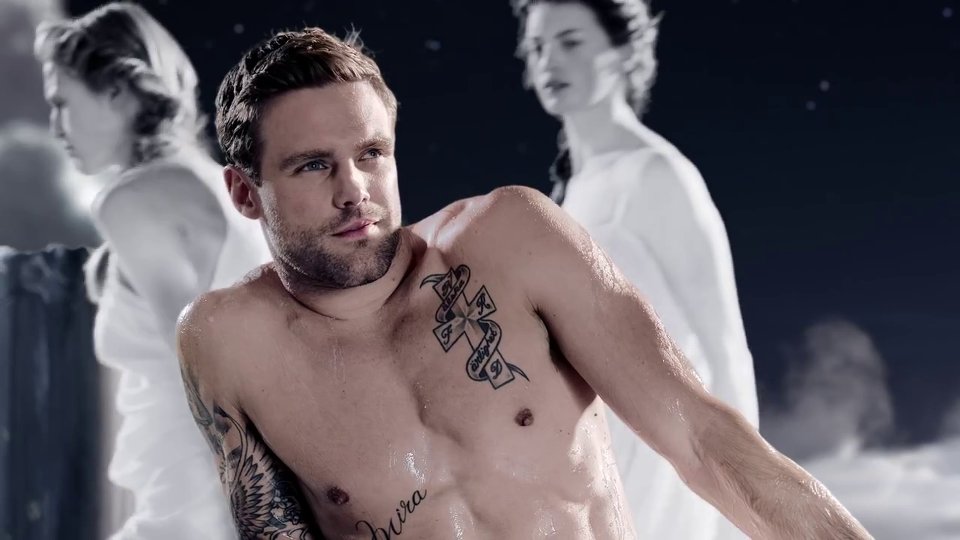 The 12 second ad casts the handsome star as a Greek God. He sits and watches by a pool as Aphrodite, the Greek goddess of love, beauty, pleasure, and procreation struts past.

She continues walking until she enters a pool, where she looks back over her shoulder as Nick watches on.

Olympea is described as ‘charming as a modern goddess and just as disarming. Salty-vanilla, watery jasmine and ginger flower wrapped in cashmere. A divine potion of addictive sensuality. As soft and enveloping as skin.’

Nick has worked with Paco Rabanne since 2013 when he became the face of their masculine fragrance Invictus. He’s appeared in many adverts for the company and is recognised worldwide for his work with the brand.

Watch the advert for Paco Rabanne Olympea below: