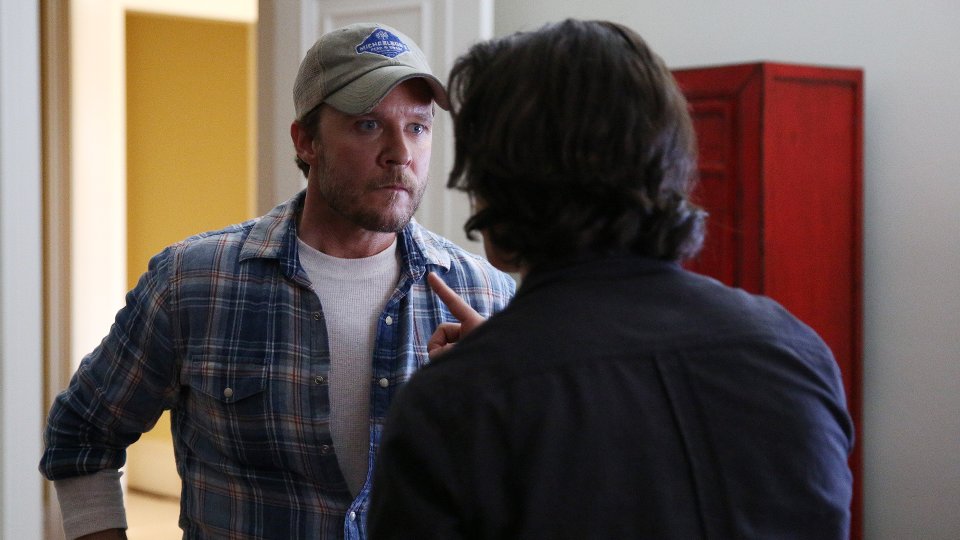 Scarlett (Clare Bowen) and Gunnar (Sam Palladio) struggled to get along during their tour on the latest episode of Nashville.

Gunnar spending so much time with Erin (Scout Taylor-Compton) caused issues with the feuding duo. Scarlett took her anger out on Erin after insisting her vocal was turned up until it caused a power outage.

Meanwhile Maddie (Lennon Stella) was offered a recording deal by Sony, which Rayna (Connie Britton) didn’t want her to take. With no support from Deacon (Charles Esten) who was spending all of his time at his new bar, Rayna told him he needs to be there for the kids and help her out.

Rayna decided to offer Maddie a record deal at Highway 65, only if she signed as a duo with Daphne (Maisy Stella) too. Maddie soon let her feelings known and made Daphne feel bad about the deal.

Elsewhere Deacon got suspicious about Markus’ (Riley Smith) intentions, Will (Chris Carmack) acted out following his break up, and Luke (Will Chase) struggled to reconnect with Colt (Keean Johnson) after refusing to tell the truth about Jeff’s (Oliver Hudson) death.

The next episode of the season is Three’s a Crowd. Rayna struggles to keep her new signing under control, Luke looks to reconcile with Colt, and Scarlett gives Caleb a surprise visit.