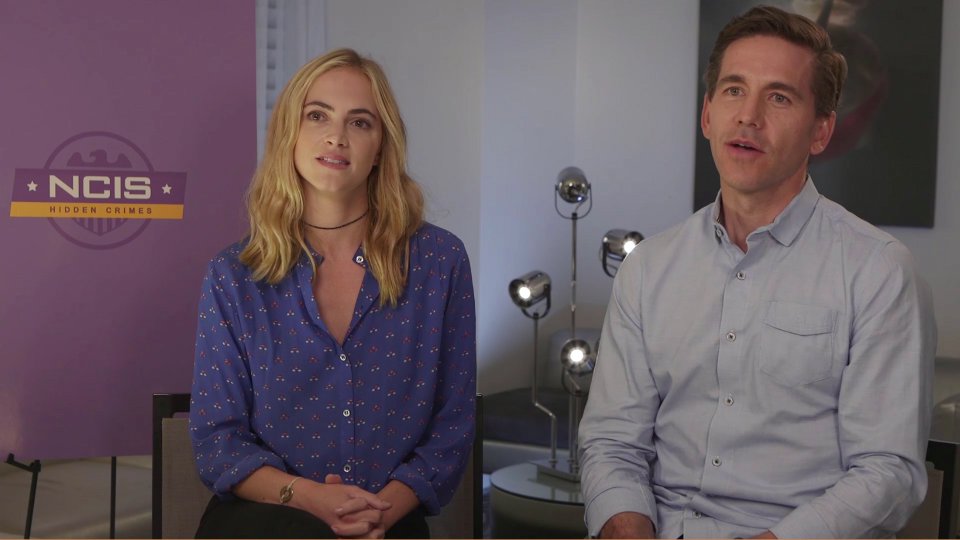 NCIS: Hidden Crimes, based on the hit TV show NCIS (Naval Criminal Investigative Service), is a free-to-play adventure/puzzle game. The game was developed by Ubisoft Abu Dhabi in conjunction with CBS Interactive. It takes players on thrilling investigations to unmask a secret conspiracy.

In celebration of the launch of the NCIS: Hidden Crimes mobile game, cast members Brian Dietzen, who plays Jimmy Palmer, and Emily Wickersham, who plays Eleanor Bishop, took some time out of their busy schedules to talk about the game.

In the first Q&A, Brian and Emily both sat down to talk about NCIS: Hidden Crimes. They revealed what they thought about the game, their likenesses, what impressed them most and more.

Watch the Q&A with Brian and Emily below:

In the second Q&A, Emily reveals if she’s a fan of gaming, what fans would like best and which NCIS cast member she thought would be best at the game.

Watch the Q&A with Emily below:

In the final Q&A, Brian reveals what it’s like to see himself in the game, the types of games he enjoys and what he feels fans of the show will think.

Watch the Q&A with Brian below:

Read our NCIS: Hidden Crimes review to see what we thought of the game.

NCIS: Hidden Crimes is now available as a free download for universal iOS devices in the App Store and for Android smartphones and tablets in the Google Play store.