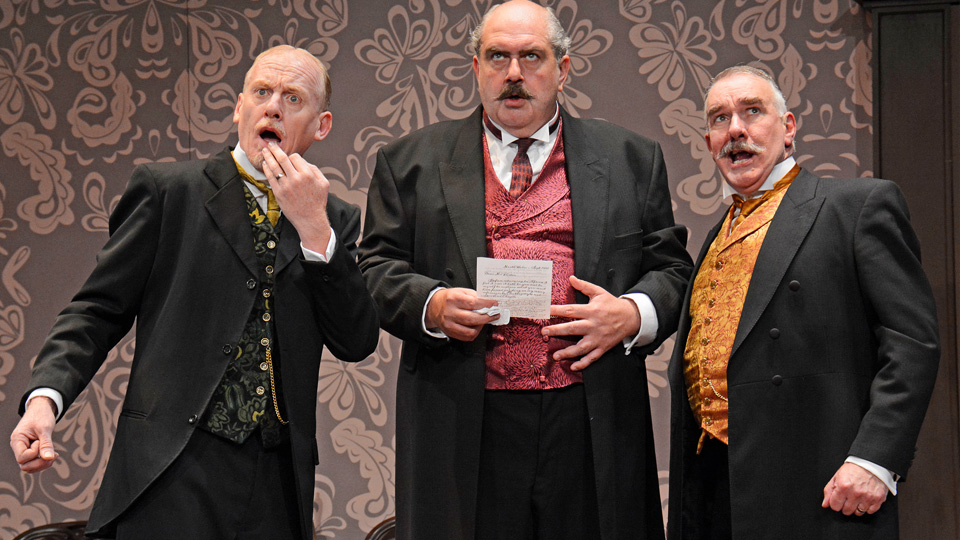 We We Are Married

Northern Broadsides return to West Yorkshire Playhouse with an exciting new revival of J B Priestley’s classic When We Are Married this October.

Set in 1908 in the town of Cleckleywyke in the West Riding, the Helliwell family, the Parkers and the Soppitts are highly respected pillars of their community. Married on the same day in the same chapel, they gather to celebrate their 25th wedding anniversary. The fun is short lived when they discover the vicar wasn’t licensed and they were never officially married. In fact, they’ve been living in sin for 25 years.

First performed in 1938, J B Priestley’s heartily entertaining northern comedy plays right into the hands of Northern Broadsides – a company celebrated by audiences for its charisma, vitality and relish of language.

Director Barrie Rutter said: “When We Are Married is the quintessential Yorkshire comedy with an absurd plot overflowing with authentic attitudes of the day; fun for the cast as well as the audience. Having wanted to stage this classic comedy for many years and also have the opportunity to once again co-produce with York Theatre Royal, I really can’t wait to get this wonderful new revival on the road.”

Barrie Rutter will be joined in the cast by Sue Devaney, Steve Huison, Kate Anthony and Adrian Hood.