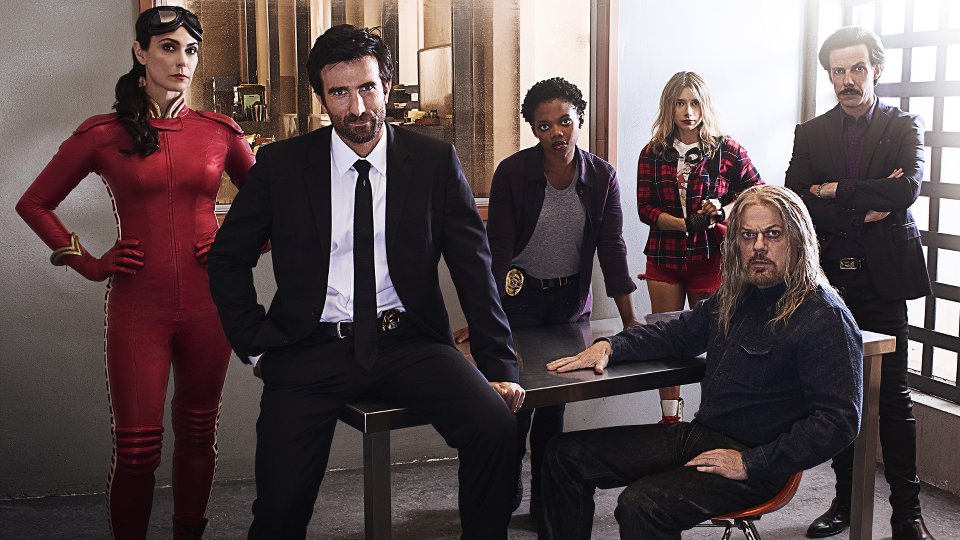 Powers: The Complete First Season will be available to buy on DVD from Monday 10th October 2016 from Sony Pictures Home Entertainment.

Powers follows LAPD “Powers Division” detectives Christian Walker (Copley) and Deena Pilgrim (Heyward) as they investigate homicide cases involving people with superhuman abilities. Walker, once operating as a power until he lost his abilities to the super villain Wolfe (Eddie Izzard), now operates with just a gun and a badge to take down the formidable foes plaguing Los Angeles.

What if the world was full of superheroes who aren’t actually heroic at all? What if all their “powers” were just one more excuse for mischief, mayhem, murder, and endorsement deals? Enter the men and women of the Powers Division, the brave people in charge of protecting humans like us and keeping the peace over commercialized, god-like men and women who glide through the sky imposing their power over the mortals who both worship and fear them.

Powers: The Complete First Season is a three-disc set featuring all 10 episodes. It will
include the featurette Policing the All Powerful: Envisioning and Filming Powers.

Watch the trailer for the first season of Powers below: