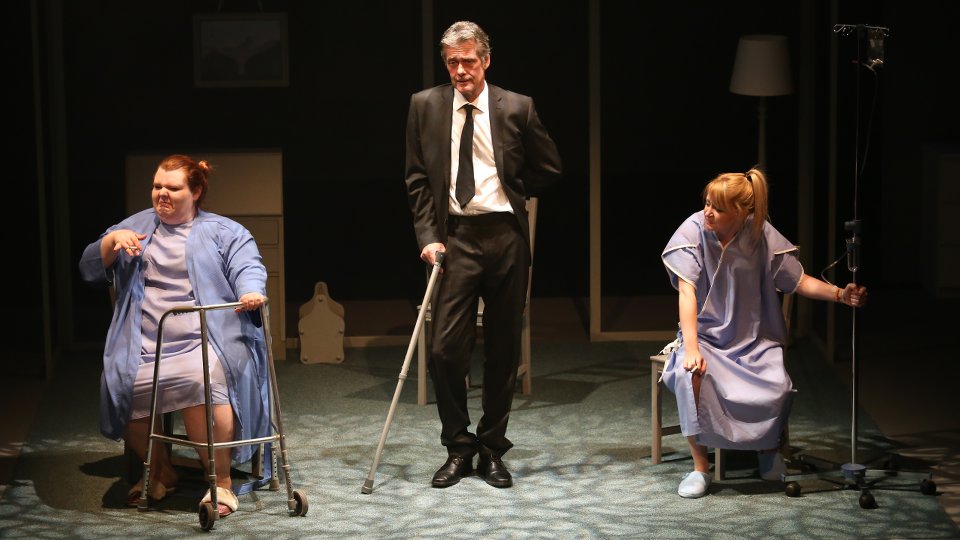 John Godber was once calculated as the third-most-performed playwright after Shakespeare and Ayckbourn. His latest tragi-comedy, This Might Hurt, is currently touring the UK after a well-received opening at Theatre Royal Wakefield.

Jack Skipton (Robert Angell) is an actor who returns from filming to care for his ageing aunt. He did not predict what a task this must be – as he properly interacts with the NHS, Jack can’t help but come face to face with all its shortcomings. From cancelled GP appointments to wrongly-booked scans, frustrated consultants to abusive home carers, Jack can’t work out how things have been allowed to get as bad as they have.

Directed, as well as written, by Godber, This Might Hurt was described by The Stage as ‘gently funny and quietly impassioned’ in how it examines the NHS, juxtaposing what patients deserve with the service they receive.

The play, a true story of a family’s terrible experiences with the NHS, is said to have ‘bleak humour with shades of Breaking Bad’. Ever the observationalist, Godber employs physical theatre in TMH play to make his point. He also utilises multi-roling, with Rachael Abbey and Jodie Morley starring as 27 different characters!

If the state of the NHS is something that upsets you, perhaps stay at home here – this one might hurt.

The next performance of This Might Hurt is at the Pyramid in Warrington. Tickets are available at www.pyramidparrhall.com/whats-on/event/this-might-hurt/. For the full list of tour dates visit www.thejohngodbercompany.co.uk/touring.php