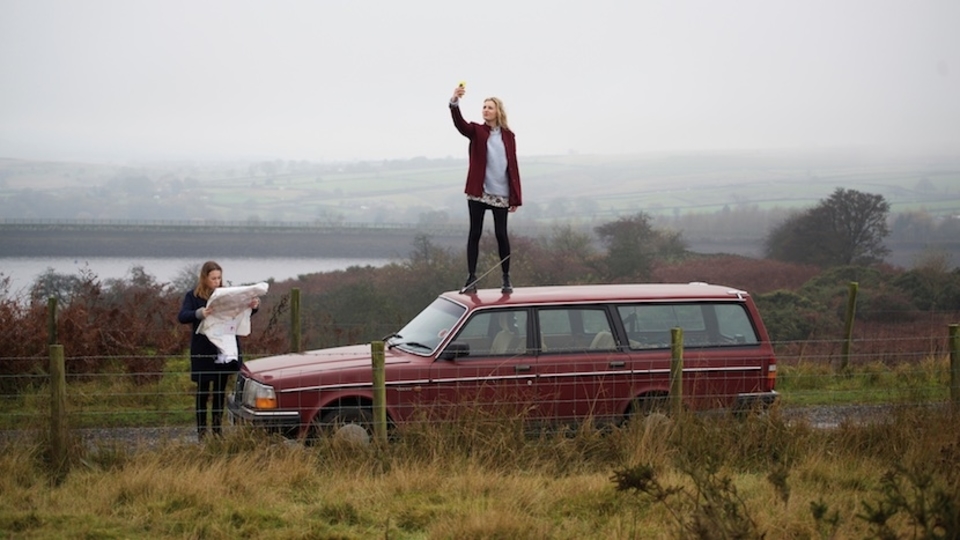 Dan (Jack Farthing) dispatches his good friends Seph (Laura Carmichael) and Alex
(Chloe Pirrie) on an arduous road trip to hit five disparate UK venues. He’ll even
accompany them: not so much backseat driver as wedged into the glove
compartment, since the prematurely deceased Dan has assigned the bewildered,
emotionally freefalling pair to scatter his ashes in places dear to his heart. Meantime,
his funny, often painfully frank video missives map altogether rockier relationship
terrain. A crackling, life-affirming voyage of self-discovery.

Chanya was nominated for the BIFA Discovery award in 2015, and in April 2016,
won the BFI LOCO Film Festival’s ‘Discover Award’ for an outstanding debut feature.
Chanya Button is a director, writer and producer whose diverse work spans film, TV
and theatre.

In 2012 Chanya’s work was selected as part of the Director’s Guild of
America’s “New Directors to Watch” showcase. Chanya is also an alumni of the Royal
Court Young Writers Programme, holds an MA from RADA in Theatre Directing, and
studied English Literature at Oxford University. Chanya is writing a TV drama for
Kudos Productions, and is set to shoot a feature adaptation of Eileen Atkins’
play Vita & Virginia, about the life and work of Virginia Woolf in 2017. She is also
attached to direct Shore; a post-apocalyptic sci-fi written by Melissa Iqbal and
produced by Kitty Kaletsky for Midnight Road Productions.