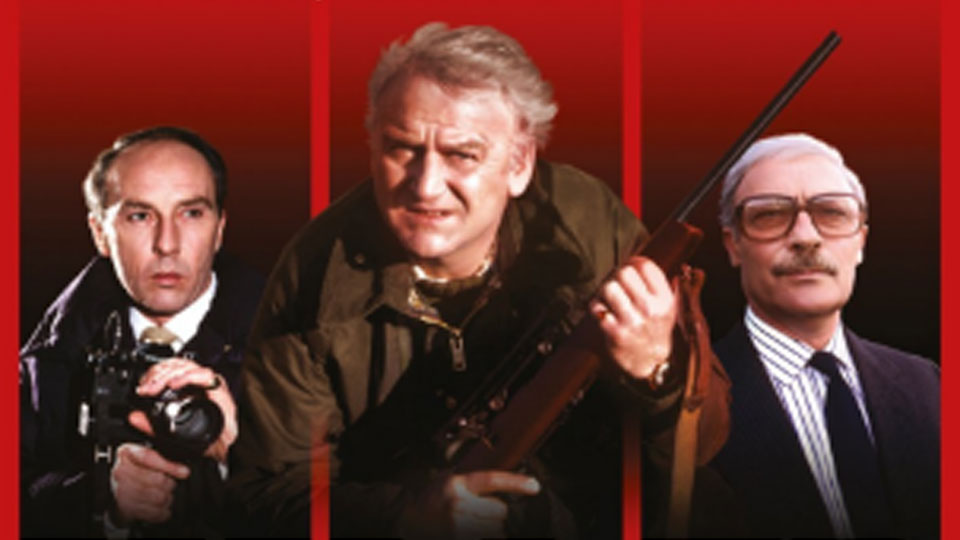 Killer is an unusual title. The 1984 British TV serial comprises three one-hour independent instalments centred on the idea of why people are motivated to kill others. The tenuous theme aside, the three episodes of Killer, all contained within this release, have no other common ground.

The draw here is the star actors who play the leading role in each episode. The sad death of Anthony Valentine last year means that they are all now deceased, but John Thaw (The Sweeney, Inspector Morse) and Edward Woodward (Callan, The Wicker Man) make up the other two leading performers.

The best part is the first. John Thaw plays an ex-soldier who, some time during The Troubles, had spent time in Northern Ireland. Now living in a secluded cottage with his wife, he’s buried the past, but it comes back to haunt him when an assassin is assigned to cross the Irish Sea, hunt him down and kill him. “Make him suffer,” the killer is told. But being an ex-soldier, Thaw’s character is able to look after himself. The story is a novel English spin of the popular Western idea of a game of cat and mouse: kill or be killed. It’s a formula that always works well – it certainly did in the Bond movie Skyfall – and for the first two thirds of this episode, it’s effective too. Sadly, the story descends into farce, which is a real shame given the tension that had been built up. Dearbhla Molloy plays Thaw’s wife.

The second episode is the creepiest. Anthony Valentine plays a troubled man fuelled by sexual jealousy. He photographs his lovers in the act of betraying him, and then lures them to a lock-up to kill them. The police are soon on to him, and look out for Michael Sheard who is in charge of the investigation. The trouble with it is that there are very few surprises.

The final episode is the most unusual and depicts Edward Woodward, inexplicably going for a northern accent, playing a multi-millionaire at the opening of a new office block, designed with up-to-the-minute horrendous 1980s decor. His daughter, played by Caroline Bliss (Moneypenny to Timothy Dalton’s Bond) is kidnapped and Woodward is blackmailed for ransom. David Sibley gives a horribly ponderous performance that leaves you wishing he’d just spit the line out and get on with the scene. Poor pacing is its undoing. It’s the only one of the three parts that never quite takes off, or feels like it has much of a life as a standalone drama; but any time in the company of the wonderful Edward Woodward is always well-spent.

The real shame about Killer is that you don’t get to see the great leading actors on screen at the same time, or at the very least Edward Woodward reunited with his Callan sparring-partner Anthony Valentine. Overall, these thrillers are unusual, unintentionally daft at times and tenuously grouped. The title is, however, an interesting curiosity.