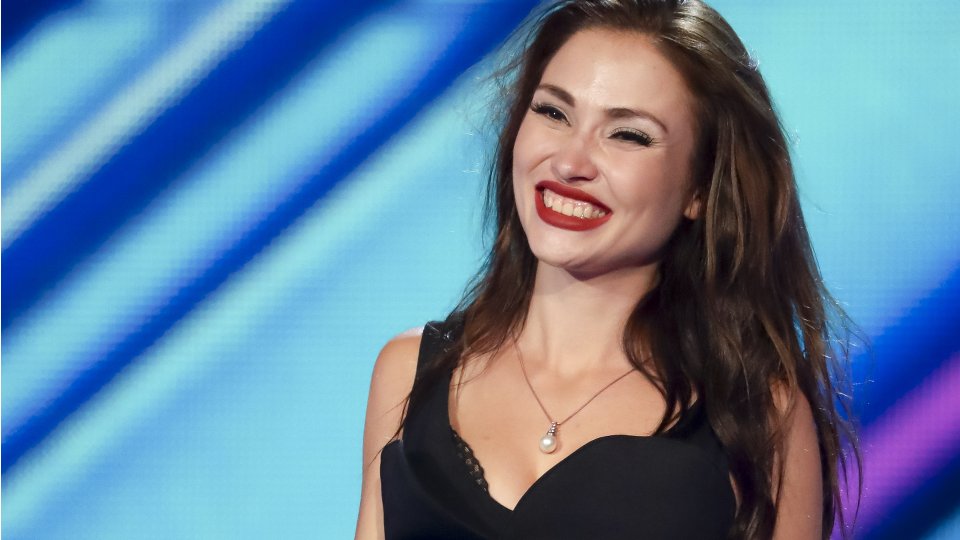 Irina Dudyek has been one of the most memorable contestants on this year’s series of The X Factor 2016.

The singer made her presence known during the audition stage by flirting with Simon Cowell and possessing impressive confidence (we think that confidence may be misplaced though). She sailed through her audition on sheer determination and tonight she’ll be performing during the six chair challenge.

Irina chooses to sing Jessie J’s Mama Knows Best as she attempts to impress Sharon Osbourne and win a seat. During the performance Irina has a Bucks Fizz moment and rips off her dress. From what we can hear her singing is pitchy but she’s definitely giving it her all.

Tonight’s show will see Sharon and fellow judge Louis Walsh picking the final six Overs and Groups. The X Factor will then move to the judges’ houses stage of the competition where each judge will select their final three contestants.

The X Factor 2016 continues tonight at 7pm on ITV. Watch Irina performing ahead of tonight’s show: