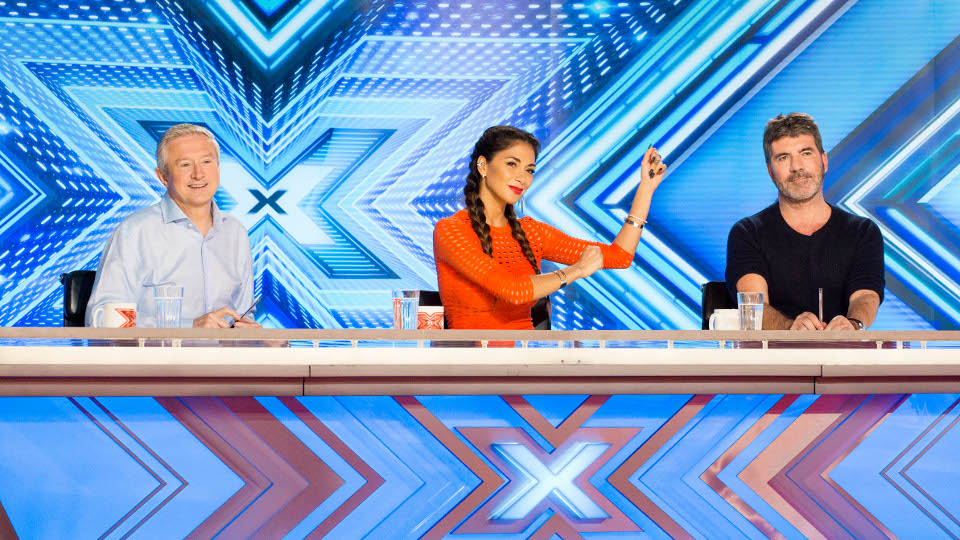 This week the judges,Simon Cowell, Nicole Scherzinger, Sharon Osborne and Louis Walsh are in London and Manchester in search of the next superstar. This weeks episode promised to take us through a rollercoaster of emotions and so it delivered. Find out how below.

The first contestant tonight was Soheila Clifford whose confidence was radiating on stage. The judges seemed impressed and I certainly was. Soheila’s performance was full of energy and I loved it. Nicole thought that she had ambitious, which was great, Louis thought she had something and Simon thought her voice wasn’t huge but was ambitious. She got four yes’ and through to bootcamp. Following up next was girl group Four of Diamonds, who sang acappella Nicole said that she loved the girl band and Sharon loved their vocals. Simon thought they could improve with some work. The girls were put through.

Nate Simpson decided to sing Change is Gona Come and did a great job. Nate’s vocals were beautiful and the song didn’t seem to big for him. I really enjoyed this performance. The judges agreed and put him through to bootcamp.

After the break it was pensioner Cori Burns’ turn to try and convince the judges that there was a spot for her in the competition. Even though Cori had a speech impediment I thought she sang much better than she spoke. Louis thought was good fun but her singing wasn’t good enough. Nicole said yes for the cockatoos but unfortunately that wasn’t enough to put her through.

Will Rush was one of the highlights tonight. He’s acoustic performance of a popular dance track was spot on and his voice was just charming. All the judges agreed that there was something there and put him through.

Up next was a familiar face, Samantha Atkinson who sang Adele’s When We Were Young. Her vocals were strong and she hit all the big notes. Something is sure Samantha can sing! Louis said that she looked like she wanted to win, Sharon loved it but Simon thought it was a pub song and wasn’t convinced. Nicole thought it was amazing. Samantha got four yes’.

Kirsty Murphy came bursting into the auditions room when she was told that she couldn’t sing in front of the judges. Simon promptly told her to stand on the ‘x’ and sing. Kirsty belted out and Alicia Keys ballad at the top of her lungs and it was at times quite pitchy. Although her voice was powerful it sounded like she was shouting at times, which sounded awful. Louis thought she needed a break and said yes, Nicole said she had voice and balls and deserved a yes. Simon also thought she had balls and put her through. Sharon was the only judge to disagree and voted ‘no’.

Sophia Ferral was one of the worst singers on the auditions so far this year and her dancing really didn’t help matters. Double Trouble were also pretty awful and didn’t look great as an act. Another appalling performance came from Emran Ihtisham who absolutely butchered Pillowtalk. None of these contestants were put through to the next round.

Small town Garry Greig really surprised me with his performance of Stevie Wonder’s Sign, Sealed, Delivered. His voice was absolutely terrific and he looked so alive singing that it was impossible not to love it. Simon thought he had a really good voice, Nicole loved the energy and Louis thought there was soul in his voice. It was impossible not to put him through.

Essex boy and part time musician, Mike Hough sang Ironic by Alanis Morrisette for the judges. I thought he had a pitchy start but as the song went on his personality shone through. Sharon thought he sang with ease, Louis thought it was a very good audition and Nicole loved his voice. Mike was put through to bootcamp.

This marked the end of auditions and the start of bootcamp.