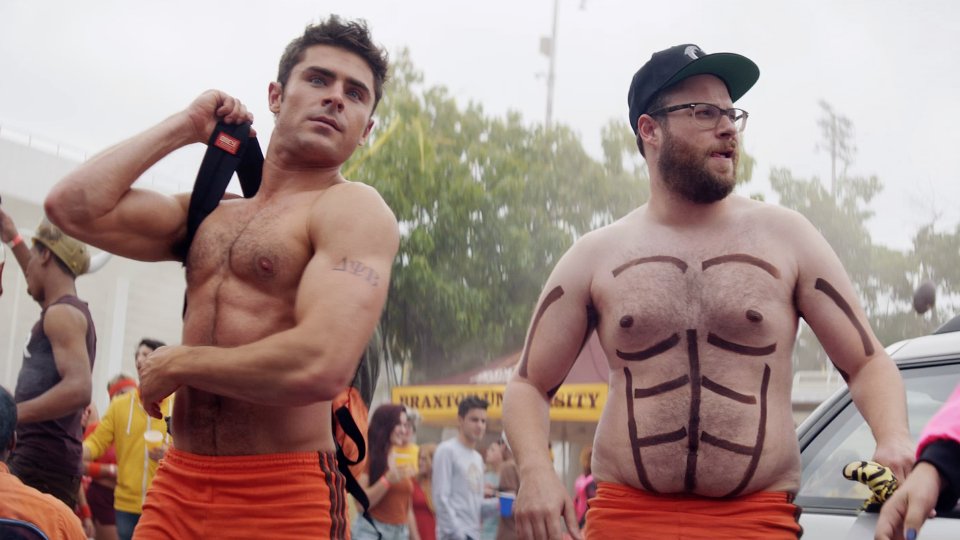 Just when you thought it couldn’t get more outrageous, Seth Rogen (This Is The End, Pineapple Express) and Zac Efron (The Lucky One, That Awkward Moment) return in the hilarious, no boundaries comedy, Bad Neighbours 2, out now on Digital and Blu-ray™ & DVD on 12th September 2016, from Universal Pictures (UK).

The follow-up to Bad Neighbours, the explosively funny blockbuster, Bad Neighbours 2 features even more hysterically raunchy banter and outrageous antics, but this time the ladies have taken charge. The Blu-ray™ & DVD include deleted scenes, gag reel, line-o-rama and more.

Now that Mac (Seth Rogen) and Kelly Radner (Rose Byrne) have a second baby on the way, they are ready to make the final move into adulthood: the suburbs. But just as they thought they’d reclaimed the neighbourhood and were safe to sell, they learn that the new occupants next door are a hard–partying, out-of-control sorority, led by Shelby (Chloe Grace Moretz). Mac and Kelly are forced to team up with their charismatic ex-neighbour and now secret weapon, Teddy (Zac Efron), since the ladies of Kappa Nu aren’t going down without a fight.

It’s parenthood vs. sisterhood when the new neighbours assert their right to party just as hard as the boys.

To be in with a chance of winning one of 3 Bad Neighbours 2 Blu-rays, just answer the question below.

In this article:Bad Neighbours 2, Competition