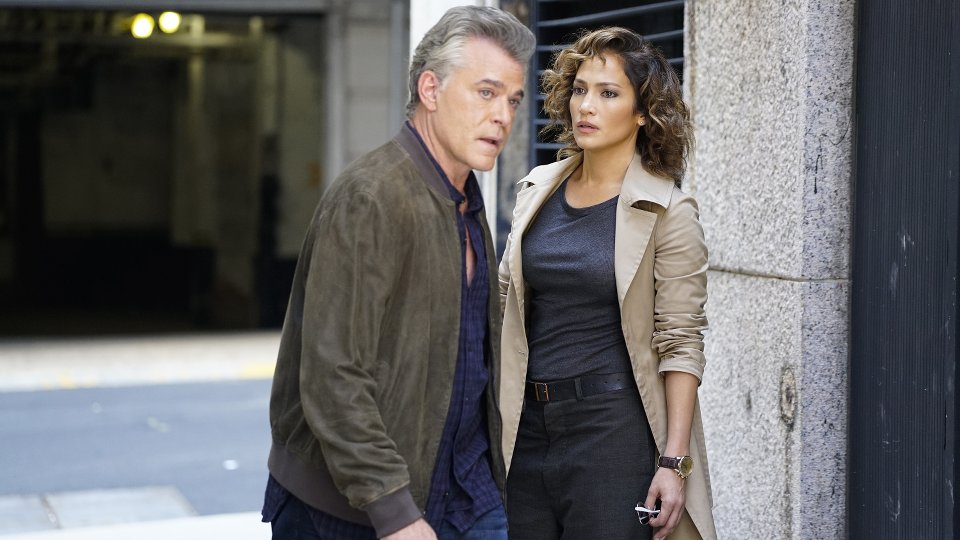 Harlee (Jennifer Lopez) began to suspect that Wozniak (Ray Liotta) was lying to her on the latest episode of Shades of Blue.

Following Saperstein’s (Santino Fontana) fall, the team rallied round as he lay in critical condition in hospital. Feeling responsible for what happened Harlee asked Wozniak if he push Saperstein but he denied it. It soon became clear to Harlee that Wozniak was going to try and finish the job so she pleaded him not to kill Saperstein.

Marcus (Hampton Fluker) suspected that Saperstein may be the mole and during a search of his partner’s apartment he found signed documents from the FBI. He took this to mean that Saperstein was working as an informant and shared his discovery with Wozniak. In rage Wozniak killed Saperstein.

The next episode of the season is Good Cop, Bad Cop. After Saperstein’s death, Harlee realises there are no lines Wozniak won’t cross and decides to help Stahl’s investigation. The crew retaliates against a pair of abusive cops after they harass Harlee’s daughter Cristina (Sarah Jeffery) and her boyfriend. Wozniak makes Loman (Dayo Okeniyi) feel like a part of the unit.