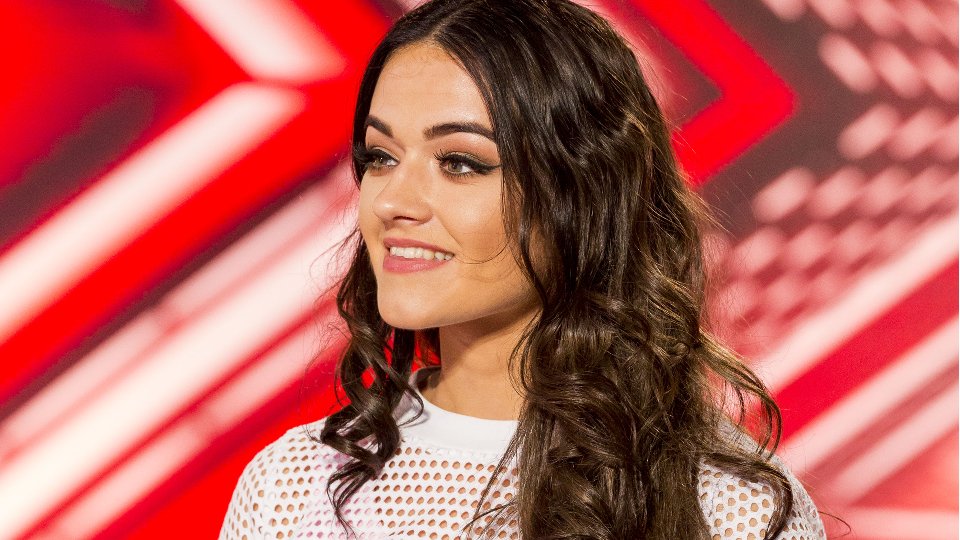 The X Factor 2016’s premiere weekend continued tonight with a second batch of auditions to get us excited about the new series.

Last night’s opening show saw Simon Cowell, Nicole Scherzinger, Sharon Osbourne and Louis Walsh take to the judging panel as the room auditions returned. Tonight saw the auditions head to Scotland and the judges were down one member as Sharon wasn’t able to attend.

Eddie Lee was the first auditionee tonight and he revealed that he’s often mistaken for Simon. Personally I didn’t see it but I guess if I squinted hard enough his hair was similar. Eddie gave Simon a talking bobblehead before he began his audition (apparently Simon already had 5,000 of them in storage). The song choice was Can’t Help Falling In Love, which Eddie gave his all but for me it was very cabaret and incredibly old-fashioned.

Nicole told Eddie that she loved his energy and commended his voice. Louis compared Eddie to Tom Jones while Simon said he couldn’t get over how handsome Eddie was. That comment led to a bit of confusion from the other judges and I have to admit it creeped me out too. When it came to voting all three judges put Eddie through to the next round. Before Eddie left his audition, Simon once again told him how attractive he found Eddie and the two men embraced as Nicole and Louis looked on in horror (and so did I).

Next to audition was Saara Aalto from Finland. Before her audition Saara said she lived near Santa (she appeared not to know he’s not real) and boasted that she could sing Frozen song Let It Go in 15 languages (one language is bad enough surely?). Saara chose to sing Sia’s Chandelier and the judges looked a bit wary before she began. Once Saara got into the song, she impressed and Nicole had tears in her eyes as Saara hit the big notes and showcased an impressive vibrato.

Nicole gave Saara a standing ovation and the other auditionees waiting for their turn gave her a big round of applause. Simon told Saara that was how an audition should be done and Nicole said that her ‘ass wants to clap’ for Saara. All of the judges thought that Saara had soul and potential, and they all voted her through to the next round.

Following in Saara’s footsteps (poor, poor person) was James Hughes, who told the judges that his parents were his biggest fans. That set an alarm off with Simon who expected James to be rubbish but he was proven wrong. James sung Etta James’ I’d Rather Be Blind and he had a mighty powerful voice. After the audition Simon asked if that was James really singing as he looked at him in disbelief. Louis told James he was a ‘baby diva’. The comments got too much for James and he began to cry. All three judges voted him through to the next round.

Sharon called Nicole during the auditions to find out how things were going and to get an update on the talent in Scotland. Mrs O, you really picked the wrong day to miss auditions as the standard has been really high.

A familiar face was the next to enter the audition room. Emily Middlemas, who made it through to Cheryl’s house two years ago, was back and determined to prove that she had grown as an artist. Armed with her guitar, Emily performed Stevie Wonder’s Master Blaster and she was pretty bloody good! Louis told Emily that she was ‘fighting’ for her place in the competition and Nicole took the opportunity to get a dig in at Simon by referring to him replacing her with Cheryl for the series two years ago. Once again all three judges voted Emily through.

The auditions moved to Birmingham next and Mrs O. returned to the panel. First up was the least likely candidate to have The X Factor, Rachel Hooke. After boring the panel to tears about her job as a driver (I switched off so didn’t actually hear the whole thing), Rachel launched (well whimpered) into a rendition of Meghan Trainor’s All About That Bass. It was quite possibly one of the most horrendous auditions I’ve ever had to sit through. The judges were very diplomatic but they all turned Rachel down.

Following on from Rachel’s low standard was Abiola Allicock and to be quite honest I’ve no idea what she was attempting to sing. She just made lots of unpleasant high pitched noises as the judges laughed at her. Clearly we’d hit the joke act part of tonight’s show at this point. I don’t even need to tell you what the judges said. Simon went out and gave the auditionees waiting a pep talk in the hope that they would up their game.

Next up was Kittipos singing Memory from Cats (like Nicole needed a reminder that she ditched the Broadway show in favour of being back on The X Factor). As he struggled to remember the words or hit any kind of actual note, Nicole joined in to try and help him. Even Nicole’s beautiful voice couldn’t help Kittipos and his tone deaf attempt at singing. Despite his best efforts, it was a no from all of the judges.

The judges were ready for someone with talent next. Rebekah Ryan walked into the room and revealed that she used to have a major label deal when she was younger. She had one minor hit before being dropped by her label. It was also revealed that Rebekah was a single mum who had lost one of her children at a young age. For her audition Rebekah chose to sing Hozier’s Take Me To Church but Simon stopped her in the middle when she became pitchy. Simon told her the performance was ‘rushed and manic’ and Nicole labelled it ‘desperate’ which reduced Rebekah to tears.

Simon suggested that Rebekah sing her other song choice, Sarah McLachlan’s Angel. She made it through the whole song before bursting into tears at the end and her performance was much better. Simon told Rebekah that she’s a ‘fighter’ and told her that her story was ’emotional’. Sharon held back tears as she gave her critique and Nicole told Rebekah that she sounded ‘experienced’. The judges voted and all four put her through to the next round.

The X Factor continues at 8.15pm next Saturday on ITV.