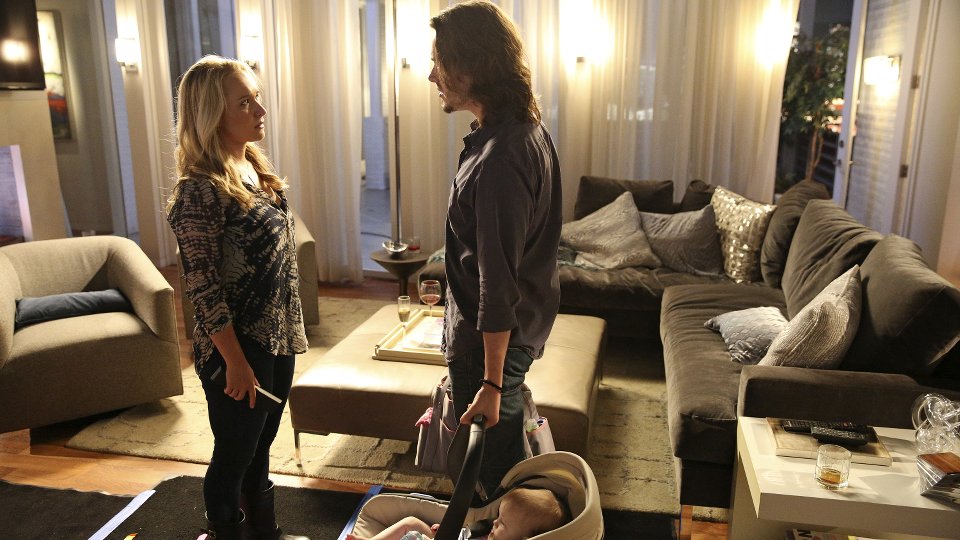 The fourth season of Nashville finally arrived in the UK last week on its new home Sky Living HD.

Things picked up a month after the season 3 finale and it was revealed that Deacon (Charles Esten) is alive and well following his transplant. His sister Beverly (Dana Wheeler-Nicholson) however was in a coma after suffering an aneurysm. With Deacon by her bedside, Beverly woke up and the road to recovery looks like a long one.

Elsewhere in the episode Rayna (Connie Britton) reached out to Juliette (Hayden Panettiere) after receiving a distressing phone call from her but her efforts were wasted, Avery (Jonathan Jackson) moved in with Gunnar (Sam Palladio) and Will (Chris Carmack), Maddie (Lennon Stella) and Daphne (Maisy Stella) fought with one another after receiving letters from Teddy (Eric Close), and Will and Kevin (Kyle Dean Massey) tried to enjoy a night out but Will couldn’t deal with the attention following his coming out.

Meanwhile Scarlett (Clare Bowen) and Gunnar shared a kiss while writing music together causing issues between them and leading to Scarlett recording her parts separately.

The next episode of the season is ‘Til the Pain Outwears the Shame. Juliette breaks down on live television, while Rayna tries to convince that Highway 65 is more than just a vanity project.