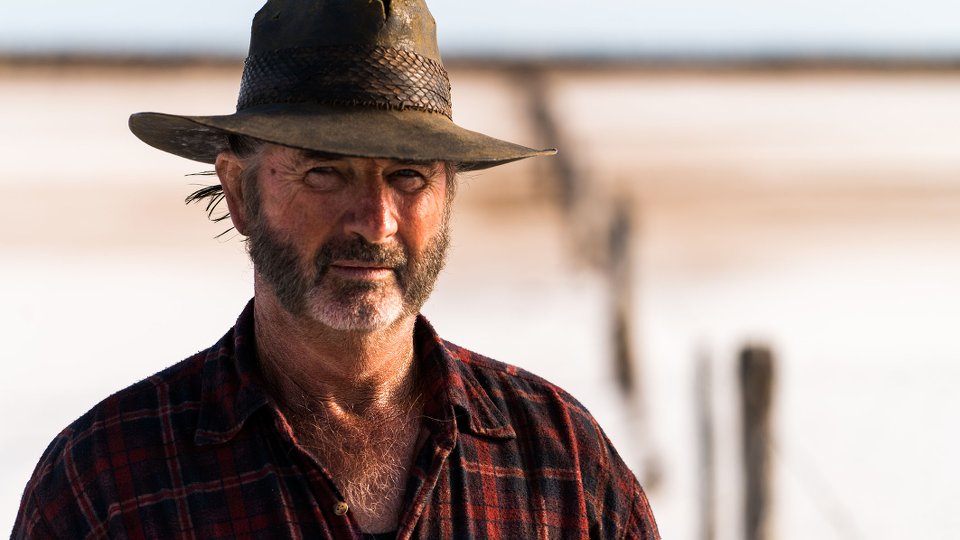 Australian horror franchise Wolf Creek started life in 2005 as a surprise breakout hit. The movie spawned a sequel in 2013 and now it’s making its debut as a 6-part TV series.

Any horror fan will know that Wolf Creek is about sadistic killer Mick Taylor (John Jarratt) who targets people in the Australian outback and up until now, he’s gotten away with heinous crimes. The new series sees Mick kill an American family travelling through the outback but he doesn’t realise he left the job unfinished when the daughter of the family Eve (Lucy Fry) survives pitting the two in a cat-and-mouse game as Eve seeks revenge.

Wolf Creek arrives on FOX in the UK on Tuesday and we caught up with John Jarratt to talk about his iconic killer, find out what the new series is all about, and to discuss the longevity of the series.

What can people expect from the series?

The horror fans are not going to be disappointed. It’s a revenge story and I didn’t think it was going to work when they rung me up and said they were going to do a Wolf Creek TV show. I thought, ‘that’s going a bit far’ and I couldn’t see it working. They sent me the scripts and it’s a very clever series. It’s episodic and everything a television show should be. It’s a revenge story and that works really well.

At the beginning of the show all of the horror fans hanging there wondering if it’s going to be scary will not be disappointed. Then it becomes a psycho thriller when Eve starts chasing Mick. Any time I turn up you know that you’re in for it!

The series really jumps in with both feet. Is it as fast-paced over the six episodes?

Yeah I think there’s plenty of action, plenty of drama and it’s brilliantly shot by Geoffrey Hall, who is the cameraman. Lucy Fry is superb and she really serves it up to Mick Taylor, which is impressive. I was wondering how some skinny, female, kid was going to stand up to Mick Taylor and thankfully Lucy Fry turned up and she’s just brilliant. She’s extraordinary and she really makes it. All of the flavour of the Wolf Creek franchise and my character is there of course, but Lucy is a tremendous addition to the whole thing and she works really well.

Will we get to see Mick Taylor develop a little more over the series?

He doesn’t develop. He’s exactly the same as the first five minutes of the original film. There’s no depth to Mick Taylor (laughs). He’s just a very shallow character who does the same bloody thing with absolute joy and panache. He has a great time and he’s not one for feeling too much. If you asked him how he was feeling he’s say ‘I feel like a beer’ y’know? I don’t think Mick is a very deep character at all. If he grew, he’d probably stop killing people (laughs).

What is it that keeps bringing you back to playing this character?

I’m very lucky mate. I’ve been in this business for 43 years, since 1974. I’ve worked pretty well constantly in my business. I’ve been very lucky. To create an iconic film character during that time is a little bonus and I’m very proud of that. I like playing him.

As an actor what is it like to do the more violent and gory scenes?

It’s just what the character does, it’s acting. It’s not me. I’m about as scary as Michael Douglas in that Liberace film y’know? It’s no different than when you were a kid and you played the bad guy. You enjoyed yourself didn’t you? (laughs) You’re not really bad. I get paid to play.

Is it easy to be able to switch off at the end of the day when you’ve played a role as violent as this one?

When I’m playing the guy I’ve got to stay in that sort of tough-arse, devil-may-care, larrikin kind of person that he is. I have to stay within the bounds of that without becoming a bloody serial killer of course, I’m not a method actor. It’s pretty hard to go for a coffee between set-ups and go back to John Jarratt, then someone yells out ‘come here John, it’s time to cut this girl’s tits off’. You’ve got to kind of stay in the area if you know what I mean? It’s really hard to explain.

Did you have any idea when you made the first Wolf Creek movie just what kind of longevity and popularity this series could have?

Well if I knew that I’d make a brilliant movie every day and I’d be a multi-millionaire because I’d know how a film works. Nobody knows how a film works otherwise Johnny Depp wouldn’t have made The Lone Ranger. I felt that it had legs, it was a great idea and that the script was great. I thought it could be a bit of a hit if they managed to shoot it properly but I didn’t realise that it was going to be the franchise that it is today.

Why should people tune in and watch Wolf Creek when it debuts in the UK?

It’s probably some of the best television that you’ll ever see. It’s shot like a feature film and is really top end. It stands up against anything on the planet that’s on television. It’s exciting, it’s entertaining, the acting’s brilliant…I’m brilliant (laughs)! It’s superb television and even if I wasn’t in it I’d be telling you that it’s superb television. It’s very well put together and no one’s going to be disappointed. Anyone into that genre is going to be having a very entertaining evening while watching this series.