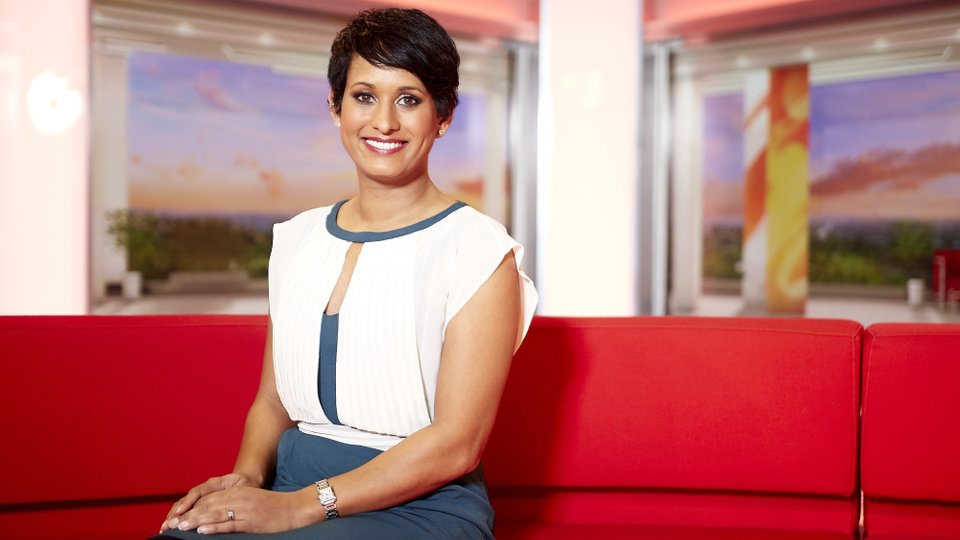 Naga made the announcement this morning live on BBC Breakfast where she was joined by former Strictly contestant Carol Kirkwood in the studio.

“I was so surprised to be asked to take part – I never thought I’d have the courage to say yes, but it would be simply silly to turn down the chance to learn to dance with a professional. I’m going to give it my very best and enjoy what’s bound to be a great adventure. I am equally excited, nervous and scared – I can’t wait to start training!” said Naga.

Naga started her career at the Evening Standard and has always had a strong interest in journalism. During her career to date she has reported for Reuters Financial Television, worked at CNBC Europe as a Senior Producer, been a Business Producer and Reporter for Channel 4 News and a Senior Presenter for Bloomberg Television.

She joined the BBC in 2008 presenting Working Lunch, on the BBC News Channel and BBC World News. Naga has been a regular presenter on BBC Breakfast since 2009.