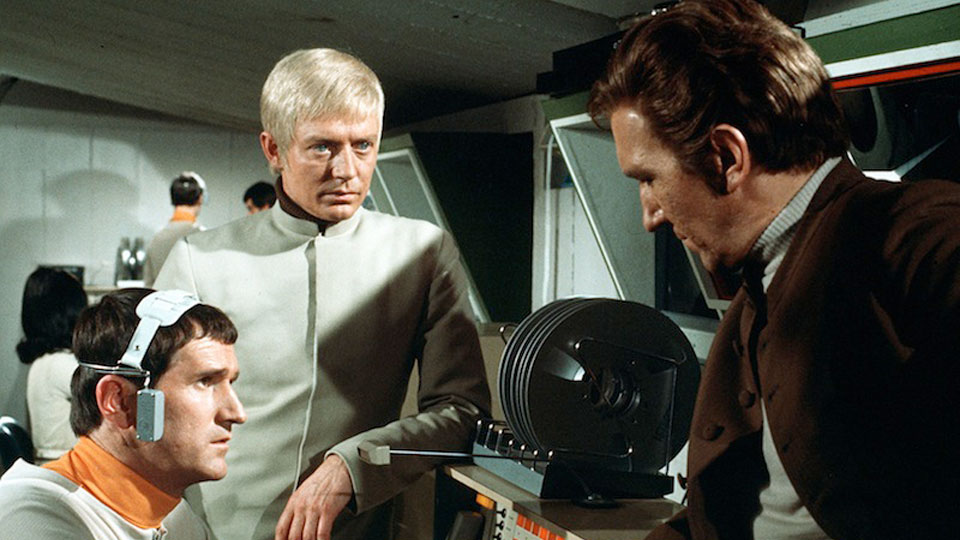 After the success of marionette-based shows like Thunderbirds and Captain Scarlet, Gerry Anderson moved into live-action that mixed actors with his production team’s exceptional model work. UFO was the first of such series, and it remains fondly remembered by fans four and a half decades after it was made.

Ahead of releasing the whole television series on Blu-ray, Network have brought out UFO: Invasion, which has the look and feel of a movie spin-off. It has, however, been cut together from episodes of the series, and not for the first time. UFO: Invasion sees Network restore a 1980 edit of the episodes, presenting it through the original 35mm film elements so that it looks great in high definition, whilst restoring something of the flavour of the series missing from the original attempt to turn it into a movie. Purists be assured: the original 1980 version is also available on the disc: warts and all.

Network have taken a good idea and made it better. UFO: Invasion has pizzazz of a feature film, and since we weren’t sure of its origins, we had to do a bit of reading to discover its latent television identity. The picture is sharp and the colours are vibrant. The show wasn’t cheap, and it looks slicker than many British films of the era that really were meant for the big screen.

The movie starts with a prologue. We follow Commander Ed Straker (Ed Bishop) as he hands over a top secret file that contains conclusive proof: aliens have arrived on earth. The information is dangerous, and Straker is attacked. He survives, but the evidence is destroyed. Knowing that aliens are walking amongst us, Straker joins SHADO, a secret organisation set up to protect humanity against alien invasion. The only problem is, the aliens are taking on human form, rendering them very difficult to spot.

UFO: Invasion proceeds with a great deal of confidence and flair. The design work is brilliant, and the model work, as you’d expect from a Gerry Anderson production, exquisite. There are some very kinky costumes, from the obligatory sci-fi figure-hugging jump suits of the main cast to the fishnet vests that are standard issue to the rest of the crew. Whereas the females have flesh-coloured tops beneath, there’s plenty of male chest hair and nipple on display. An extraordinary costume decision for a kids’ show, and occasionally a touch distracting.

The most memorable character by far is Straker. Ed Bishop has the right amount of icy charisma to create an interesting character out of him, but most of the rest of the actors are given very little to get their teeth into. This shortcoming is ably demonstrated by George Sewell, a chunky actor who often played heavies. It’s established that his Colonel Alec Freeman has an eye for the ladies, but that seems to have been Sewell’s only character note, and with a bit of (what we would now consider) misogyny and inappropriate work-based behaviour, and more than a few lines of cringe-worthy dialogue, it’s certainly not his finest hour. It’s surprising, perhaps, that the script is by David Tomblin, who was behind a few episodes of The Prisoner. This one certainly lacks the older series’ ruminative quality and existential ponderings.

Taken for what it is: an imaginative if light on human complexity sci-fi show in which the actors are less important than the model work, and the plot is elevated above character, UFO: Invasion certainly entertains. It helps that it looks and sounds great, and it certainly succeeds in piquing interest in the release of the original 1970s series.

With the original 1980 edit and the theatrical trailer also on the disc, fans of the series will be well-sated. For those visiting it for the first time, the lush feature version will prove the bigger draw. Great fun.