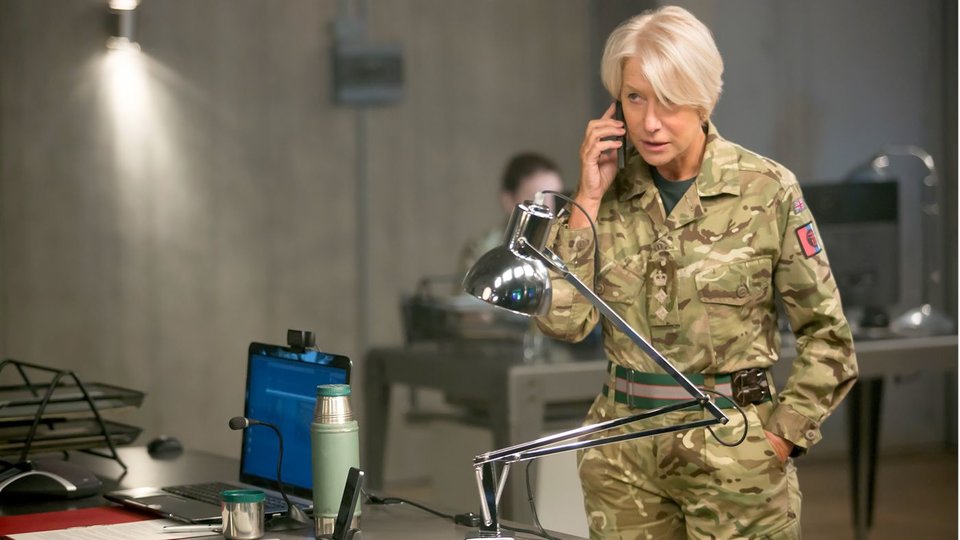 One of the most tense and thought-provoking action thrillers of the year, Eye in the Sky, lands on Blu-ray and DVD on 15th August 2016 and is available digitally from 8 August 2016, courtesy of Entertainment One.

Check out our Blu-ray review of Eye in the Sky

Colonel Katherine Powell (Helen Mirren) is a UK-based military officer in command of a top secret drone operation to capture terrorists in Kenya. Through remote surveillance and on-the-ground intel, Powell discovers the targets are planning a suicide bombing and the mission escalates from “capture” to “kill.”  But as American pilot Steve Watts (Aaron Paul) is about to engage, a nine-year old girl enters the kill zone triggering an international dispute, reaching the highest levels of US and British government.

With the livelihoods of whole communities at risk, Colonel Katherine Powell (Mirren), Lieutenant Steve Watts (Rickman) and various world leaders must decide – is the sparing of one life worth risking the lives of hundreds of others?

A truly tense, ticking-clock thriller that will have you on the edge of your seat, Eye in the Sky questions the incredibly topical and the intriguing drama of global counter terrorism and the moral, political, and personal implications of modern drone warfare.

Don’t miss the military thriller of the year – and for one last time to see on screen the legendary Alan Rickman in all his brilliance – when Eye in the Sky is released on Blu-ray, DVD & Digital Download on 15th August 2016.

For your chance to win one of 3 copies of Eye in the Sky on Blu-ray, all you need to do is answer the following question below.

In this article:Alan Rickman, Competition, Eye in the Sky, Helen Mirren