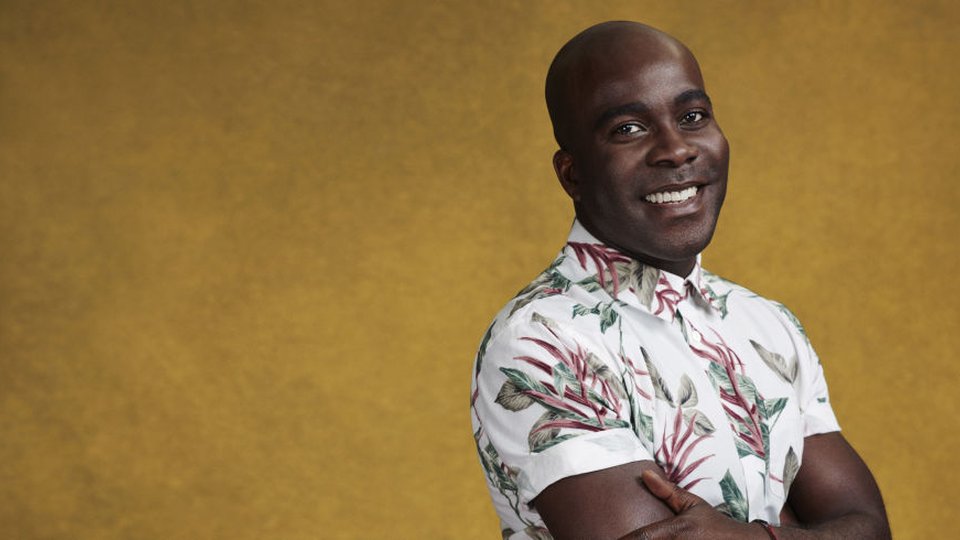 Melvin made the announcement on the KISS FM Breakfast Show this morning.

“I’m honoured to be part of Strictly 2016! I’m looking forward to learning some new moves of course….but basically it’s the sequins that clinched it for me. I need sparkle in my life and there’s nothing more sparkly that Strictly. I just hope that my dance partner isn’t too tall!” said Melvin.

In 2015 Melvin presented The Xtra Factor alongside The Saturdays singer Rochelle Humes. He is a long-standing DJ at KISS FM and hosts an award winning breakfast show with Rickie Haywood-Williams and Charlie Hedges.

Over his career to date Melvin has hosted shows for 4Music, T4, Kiss TV, Box TV and MTV. He has also been one of the team leaders of BBC Three’s Sweat the Small Stuff and made his primetime hosting debut on ITV’s Bang on the Money.

More celebrity contestants for the new series of Strictly Come Dancing will be announced next week.

In this article:Melvin Odoom, Strictly Come Dancing, The Xtra Factor