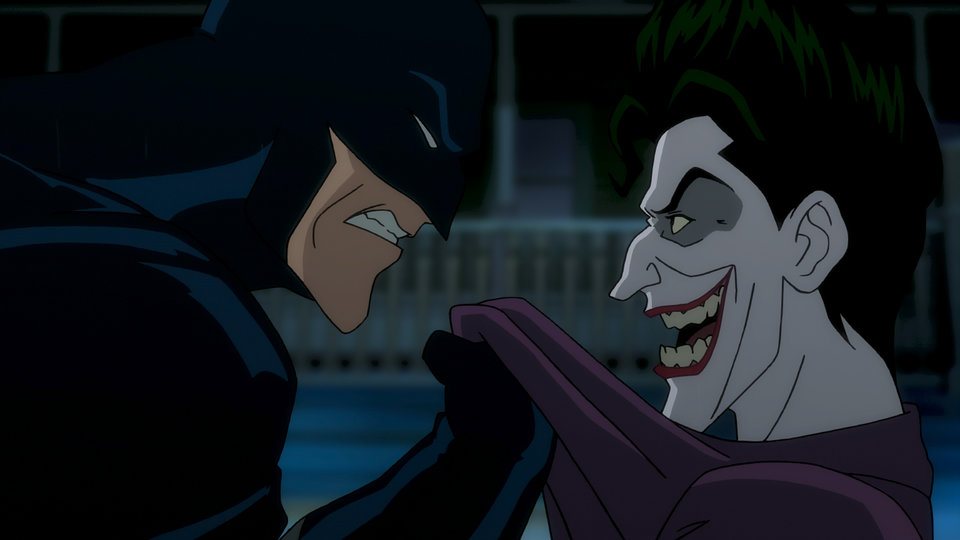 Go on a journey into insanity with one of the world’s most iconic villains and witness the origins of The Joker as Batman: The Killing Joke comes to Blu-ray™ and DVD (out now.

Check out our Blu-ray review of Batman: The Killing Joke

The animated film features the voices of Kevin Conroy as Batman and Mark Hamill as The Joker.

To celebrate the release we’re giving you the chance to win a copy on Blu-ray™!

Based on the acclaimed DC graphic novel of the same name, “Batman: The Killing Joke” takes a journey into the dark psyche of the Clown Prince of Crime – from his humble beginnings as a struggling comedian, to his fateful encounter with Batman that changes both of their lives forever.

Years later, and now escaped from Arkham Asylum, The Joker devises a plan to prove that one bad day can make anyone as insane as he is. It’s up to the Dark Knight to put a stop to The Joker’s latest scheme and save one of Gotham City’s finest.

For your chance to win one of 3 copies of Batman: The Killing Joke on Blu-ray, all you need to do is watch the trailer and answer the following question below.

For further information on Batman: The Killing Joker join us here https://www.facebook.com/warnerbrosuk/ or follow @WarnerBrosUK