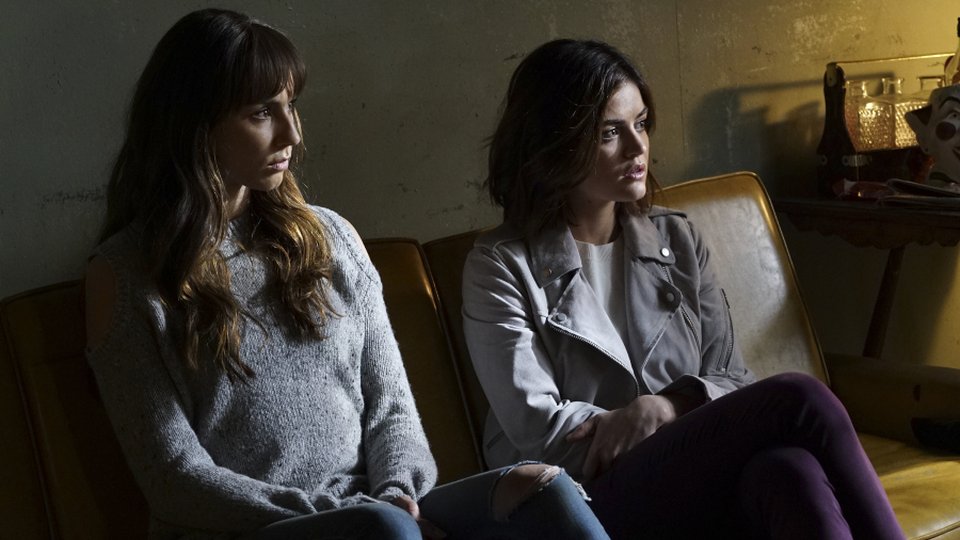 The Liars found out that Mary (Andrea Parker) has two children, not just one, on the latest episode of Pretty Little Liars.

Their discovery came when they entered a storm basement Jessica used to spend time in. They found files on them all, except Aria (Lucy Hale), and the basement was full of pictures of the girls from over the years. Their time was cut short when A.D. locked them in Spencer’s (Troian Bellisario) car and blew up the basement.

Elsewhere in the episode Ezra (Ian Harding) found out that Nicole (Rebecca Breeds) may still be alive throwing a spanner in the works for his plan to elope with Aria, news of Sara Harvey’s (Dre Davis) death spread and Hanna (Ashley Benson) and Spencer witnessed Noel Kahn (Brant Daugherty) making an angry phone call.

The next episode of the season is Exes and OMGs. Emily goes up for a position as the Rosewood High swim coach, only to learn that her ex-girlfriend Paige is also up for the job. Hanna is visited by Mrs. Grunwald after she has a vision that the PLLs are in danger. The girls track down the doctor who delivered Mary’s baby in order to get answers. Ali decides to go back to work to help bring some normalcy to her life again.

Tune in to Freeform on Tuesday at 8/7c in the US and Netflix on Wednesday in the UK to see the episode. Preview it with our gallery below: