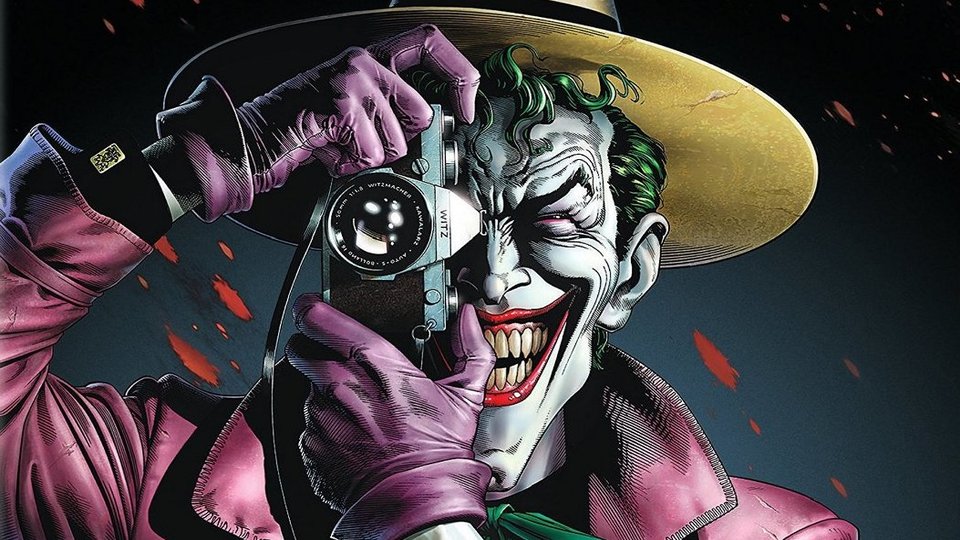 Lauded by critics and having won numerous awards on its release, The Killing Joke is widely regarded as one of the finest Batman/Joker stories ever created, so an animated version certainly makes sense. But a few creative choices have given this version some unwanted attention and criticism.

It hasn’t been all that long since a DC movie – Batman v Superman: Dawn of Justice – polarized audiences around the world and now WB Animation’s newest addition to the DC roster has evoked similar divides. After a mixed reception and a near disastrous Q&A at the San Diego Comic-Con where the film first debuted, The Killing Joke arrived in UK cinemas for one night only, before being released on DVD & Blu-ray.

A sure-fire winner was the general consensus when The Killing Joke was first announced as the next iconic Batman story to get the animated movie treatment. Batman: The Killing Joke was a 1988 one-shot graphic novel written by Alan Moore and beautifully illustrated by Brian Bolland. His artwork in this story would go on to deliver iconic snapshots for both Batman and The Joker to a world that had yet to witness Tim Burton’s vision of the caped crusader and the clown prince of crime.

At only 48 pages long, The Killing Joke graphic novel itself is very short, so creating a prologue sequence to deliver more context is understandable. Placed in mainly to give more emotional resonance to the character of Batgirl/Barbara Gordon, it’s a conundrum that will certainly divide audiences because it delivers plenty of controversy.

I had a lot of issues with Batman v Superman (a more in-depth breakdown can be found here), but I’m also open to doing things differently in the world of comic adaptations should it aid that particular project correctly. A certain degree of flexibility can be given in certain circumstances because after all, these iconic characters haven’t survived for decades without adapting and reinventing themselves. There’s an element of this present in The Killing Joke, but I have issues with its execution in the grander scheme of the story.

*From here on, this review contains SPOILERS*

In the prologue we are introduced to Batgirl (Tara Strong), who is tracking a local crime lord in Gotham. We understand that she has been working alongside Batman (Kevin Conroy) for a few years now. There’s an obvious attraction between the two which culminates in them both having sex. This is the first alarm bell in the animated version of The Killing Joke. It just wasn’t needed, and actually has a detrimental effect on the character of Batgirl.

Placed in mainly to give Batman more cause to go after the Joker (Mark Hamill), it feels redundant for two key reasons. Whilst it’s suggested that Batman and Batgirl have an attraction to one another, it’s never really acted upon so having them hook up is needless. The Joker shoots, assaults and paralyses Barbara, (which has always been a contentious issue for Batgirl fans in the graphic novel) so surely those heinous crimes are enough drive and reason for Batman go after him with due vengeance?

Batgirl herself doesn’t come out of the prologue particularly well either. Painted as a character that secretly pines for Batman (who incidentally is particularly brash with Barbara’s emotions and chooses to ignore her calls after they have sex), means that Barbara is done another huge disservice here. The creators of the animated Killing Joke answered a recent SDCC Q&A question about this relationship by saying that ‘the story was already controversial so we thought, let’s add more controversy’. That makes no sense whatsoever. If the purpose of the prologue was to get audiences more invested in Barbara, then the addition of the sex scene actually undermines all of the work – reducing her to just collateral damage in a fight between two men. It just doesn’t fit in, and instead paints Batman out to be a jerk and Batgirl to be a love-struck young woman attracted to the wrong guy. Neither serves The Killing Joke storyline well and that’s why I have a problem with it.

So onto The Killing Joke itself. After the prologue, we get to the straight graphic novel adaptation and it’s mostly spot-on. After Batman is introduced to a particularly grim crime scene he heads to interview The Joker only to find out that he has escaped and left an imposter in his cell. The Joker has kidnapped Commissioner Gordon (Ray Wise) and shoots Barbara, leaving her paralysed. He takes Gordon to an abandoned fairground, where he subjects him to escalating physical and emotional abuse in a bid to break him psychologically. Batman is on his trail and this sets the two men on to a collision course as The Joker tries to prove a point to Batman.

Both Kevin Conroy and Mark Hamill return to their iconic roles of Batman and The Joker and each deliver a wonderful performance. Having first wowed audiences back in the early 90s (in the groundbreaking Batman: The Animated Series), Conroy and Hamill have gone on to voice Batman and The Joker for numerous different projects – most recently the Arkham series of games. Having them reprise their roles here is a masterstroke. As Hamill discusses in a behind the scenes featurette on The Killing Joke, it’s rare and a great opportunity to deliver the same character but within very different parameters. The Batman and The Joker characters that appear in Batman: TAS are miles apart from the ones in The Killing Joke, but it feels right having them voice them.

Despite the thematic problems with the prologue, it’s still entertaining and that’s largely down to its narrator Tara Strong. Having voiced countless characters in the DC universe in the past, most iconically Harley Quinn, Strong delivers a powerhouse performance as Batgirl/Barbara Gordon in The Killing Joke. Ray Wise, Brian George and John DiMaggio also lend their considerable vocal talents with Maury Sterling the pick of the bunch as a chilling mobster named Paris.

The notion that we are all just one bad day after from snapping is faithfully recreated in The Killing Joke and it does the source material justice. Hamill really comes into his own here and delivers some startlingly effective monologues. The Joker’s origin story is also handled well, with muted colours ushering in the flashback sequences. There’s also a Broadway musical number in the carnival that laments the Jokers state of mind wonderfully. The assault on Barbara and the carnival ghost train are very creepy and unsettling; again staying true to the graphic novel and the finale is also faithful to the story by allowing the audience to make up their own mind. After looking back at the original comic panels, I feel that Batman does indeed break the Jokers neck, perfectly containing this story as a one-shot and adding definition to the title The Killing Joke.

The Killing Joke is as dark a Batman tale as you’ll ever witness onscreen. A bleak, terrifying and altogether scary affair that showcases the sheer insanity of the Joker, it’s a very well-made movie that retains the magic of the graphic novel. The prologue aside, The Killing Joke does the basics right and the performances are exceptional. It’s just a shame that the Batgirl/Batman sequence detracts from the larger arc rather than adds to it. But that said, it’s still one of the best Batman stories you’ll see and certainly one of the best DC Animated projects for quite some time.