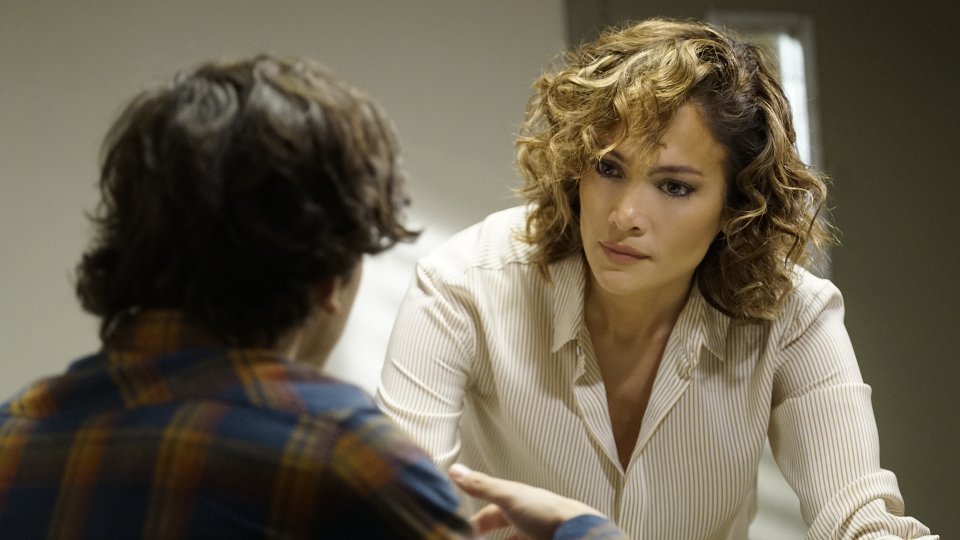 Harlee (Jennifer Lopez) multi-tasked her backside off on the latest episode of Shades of Blue to stop her world from crumbling.

Getting Wozniak (Ray Liotta) back on side, Harlee agreed to move a van for him after he got in a car accident following a random hook-up with a man he met in a bar. Harlee told Stahl (Warren Kole) about the job but removed explosives and counting machines that were hidden inside the van.

She then had to deal with Loman (Dayo Okeniyi) who continued to struggle with his guilt over the accidental death of the drug dealer he killed. He attended the funeral but was removed by his cop colleagues.

Harlee pushed him to break the rules again and sold him the idea of working outside the rules for the benefit of getting a good result.

The next episode of the season is Equal & Opposite. Harlee and Tess (Drea de Matteo) intercept a heroin shipment from a local drug kingpin; Harlee fears that Stahl’s interest in her may be more than professional and Tess tries to use Espada (Vincent Laresca) to get back at her husband.