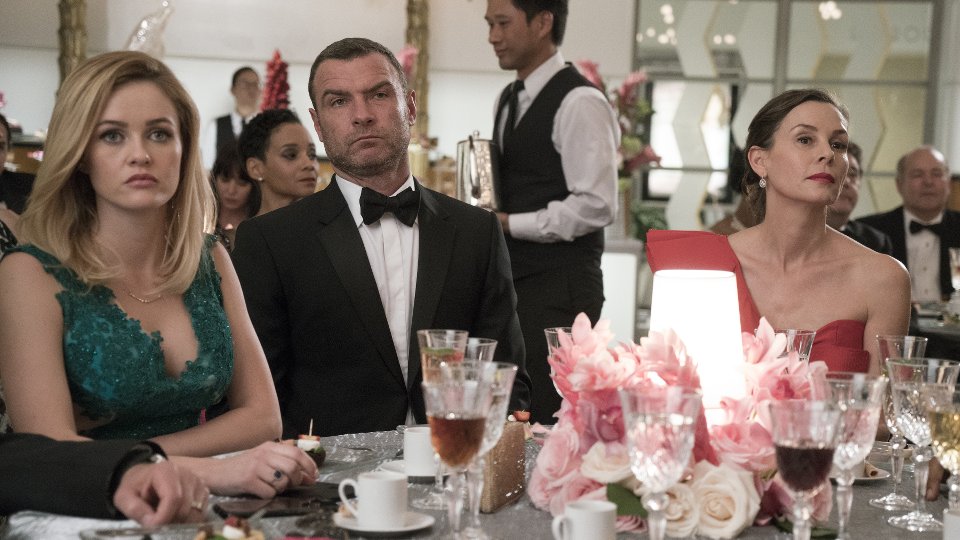 Ray (Liev Schreiber) and Mickey (Jon Voight) embarked on a road trip during the latest episode of Ray Donovan.

While trying to get to the bottom of what the casino knows about the heist, Ray found out that they suspected Mickey of being behind it. Ray and Mickey kidnapped Ed (J. LaRose) to get to the money and he led them to Pinkie (Travis Hammer). After a tense face off that involved Pinkie setting himself on fire by accident, Ray got his hands on the money but Sylvie (Paula Jai Parker) is forced to help the casino security find Mickey quickly taking the money back from him.

Mickey decided to turn himself in to get Belikov (Pasha D. Lychnikoff) out of prison and the episode ended with Ray dropping him off.

Elsewhere in the episode Teresa (Alyssa Diaz) continued to reject Bunchy (Dash Mihok) and their baby as she struggled with post partum depression, Bridget (Kerris Dorsey) split up with Donellen (Aaron Staton) after finding out he’d had relationships with other students, and Abby (Paula Malcomson) got a second opinion about her breast cancer diagnosis.

The next episode of the season is Fish and Bird. Ray awaits news on whether Belikov will be released from jail, and struggles with his conscience over putting a pimp back on the streets.