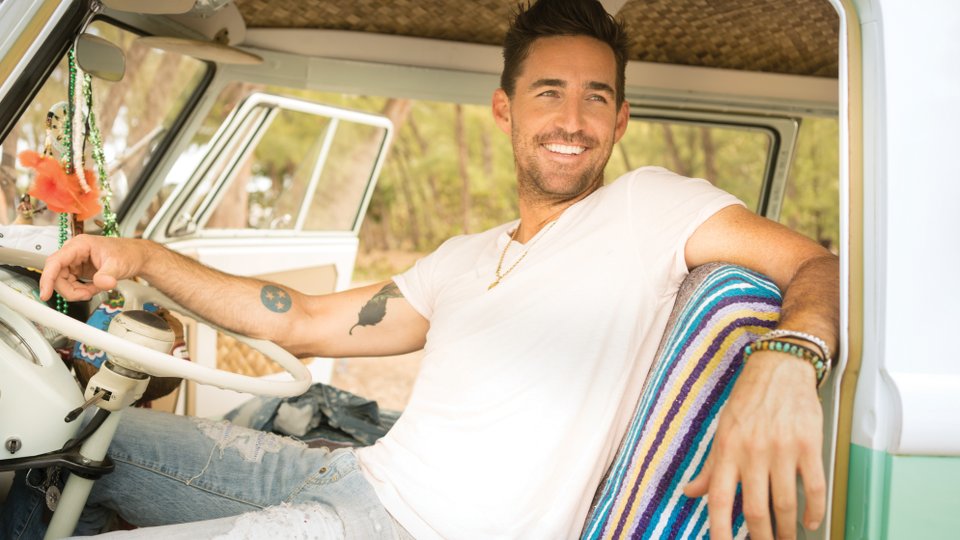 In the lead-up to his fifth album release, Jake Owen has had quite a difficult time. First came the release of original lead single Real Life, which stalled at radio and subsequently didn’t make it onto the album, then the singer-songwriter went through a divorce. Now that both of those things are behind him, Owen is back on top with current single American Country Love Song and the release of his new album American Love.

Given the troubles that Owen has experience in his personal life over the last year, you’d be forgiven for expecting American Love to be an album full of heart-wrenching and soul-searching ballads. The 11-track set is the complete opposite of what you’ll probably expect instead trading out tales of woe for optimism, uptempo beats and feel-good songs. American Country Love Song should give you a good idea of what to expect with its summer grooves and catchy-as-hell chorus.

The set kicks off with the title track and immediately puts you in the feel-good mood. With a surging horn section and busy instrumentation, you’ll be reaching for a nice cold beer and a sun lounger before you know it. Everybody Dies Young celebrates the importance of living your life to the fullest and making the most of every day you get, VW Van perfectly captures the rush of an impromptu road trip, and Good Company combines a laidback soulful vibe with lyrics about partying, relaxing and spending time with good friends.

There is room for a big ballad on the set and that’s When You Love Someone. Easily the most personal and emotional song on the record, Owen sings accompanied by a female vocal harmony and a simple piano melody. As it’s one of the three tracks Owen co-wrote on the record, you can’t help but look for insight into his personal struggles and marriage breakdown.

Elsewhere on the record Owen pays homage to tradition on the swooning LAX, switches up his vocal delivery with some R&B inflections on You Ain’t Going Nowhere, and offers his company on the punchy beat-filled Where I Am.

The standout moment on American Love is If He Ain’t Gonna Love You, a song co-written by Chris Stapleton who also features on background vocals. During my recent interview with Owen he explained that the song had been in his collection for a few years and thankfully it made it onto this record. The track is a little rockier than we’re used to from Owen with striking guitar riffs and fantastic harmonies between Owen and Stapleton.

American Love is Owen coming back fighting and proving that he’s one of the best male artists in Country music right now. He’s been unfairly labelled bro-Country in the past but there’s barely a trace of that genre on American Love. The record is one that is filled with hope and optimism, with a little introspection to strike the right balance. When American Country Love Song comes round as the final track you’ll be itching to put the record on repeat.

Advertisement. Scroll to continue reading.
In this article:Jake Owen