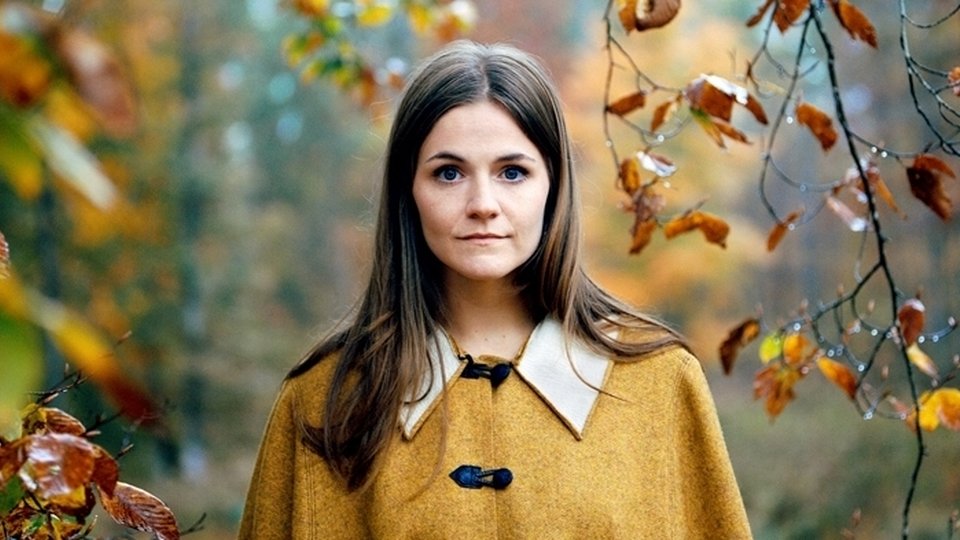 Fresh from releasing her band’s debut album, Soon Enough, Nashville-based songbird, Erin Rae has also announced dates for her first UK tour, to be held in October and November.

Erin has been making a name for herself in Music City over the past few years, most recently teaming up to support rising stars Cale Tyson, Andrew Combs and Margo Price. Joining forces with her long-time band, The Meanwhiles, the new release sits somewhere between Americana, folk and country, yet captures a unique style that is all their own.

I spoke with Erin ahead of her UK tour dates about achieving that authentic sound, growing up in Nashville and hitting the road with Cale Tyson.

The album was released slightly earlier in The States than the UK, what’s the reception been like so far?

It worked out really well for its timing because it came out September 5th and then Americana Fest was a couple of weeks later. So NPR included us on All Songs Considered, about Americana Week and then included us in their favourite songs of 2015. It was so generous and kind of blew my mind the response that we got.

I hear you recorded Soon Enough over just two days, what was that experience like?

We played them all live as a band and did vocals and everything all at once. It flew by…it was a lot to pack in to a couple of days but it was cool how it all worked out.

Was the intention to keep the recording as natural and un-enhanced as possible?

Yeah, especially with this band. There’s this really positive feeling when we get together and play, and we play off each other, so I really wanted to capture that live magic feeling. So we had that recorded in that way and, moving forward, that frees us up to do other styles of recording, more arranging parts in the future.

It’s been a while since your first EP, Crazy Talk, was released in 2012. Has your writing changed since then?

I think so, in a way. Those EPs were some of the first songs I’d ever written and I was a lot younger then. It took us a long time to get the EP together, so from 2009 it started taking shape, we started recording 2010 and it came out 2012. So the writing has changed, more just settling in and feeling more comfortable and I know my creative self a little bit more and my regular self, I guess. Your early 20s is such a wild time for learning how to be an adult so a lot of that is life-mirrors-art-sort-of-thing. I’m not sure which one was more important; trying to get the art together or learning how to be an adult.

You grew up in Jackson, Tennessee, before moving to Nashville when you were eleven. How did Nashville shape you as a songwriter at such an influential time in your life?

I grew up with my parents playing music. More for fun they would play small things in town but now I’m thinking about it, I guess it has been around us for a long time because we have a Christmas Eve tradition where we would go to my friends’ house, with all of their songwriter friends and there would be a song swap, which was really cool. My Mom would sing and my parents would sing together and whoever was there would share so there was always music around. Then, I think, especially once I started taking vocal and guitar lessons, just out of high school at 18, I really felt like I found my tribe. There’s a 24-hour café that’s pretty eccentric called Café Coco and there’s an open mic there every Thursday that I went to for a year or two. We would hang out with this group of people and try out new songs in front of each other. Living in Nashville and being surrounded by so many other creative people, it was so supportive. Everybody’s trying out new things all the time, so it’s just a cool energy to be a part of.

What are you looking forward to most about your first UK headline tour?

I’m so excited. I’ve only been to Scotland a couple of times, which we’ll get to go back to with Cale (Tyson) but this is really getting to be a touring musician over there so I’m excited to see parts of England. I look forward to meeting everyone once we get over there.

And are you looking forward to getting back out on the road with Cale Tyson?

We’re all part of the same extended friends and family over here so it’s cool. He went over (to the UK) last year for his tour and we’re all such good friends so it will be a really fun time for us – and hopefully for everybody else.

What else have you got lined up for the rest of the year?

We’re doing some different festivals and shows on this side of the world and then I’ve started working up some demos for the next album so that feels like some good forward-moving energy is happening. Then touring, working on new songs and sessions in town singing harmony for people working on different projects.

Erin Rae & The Meanwhiles new album Soon Enough is out now. Watch them perform Monticello below:

Advertisement. Scroll to continue reading.
In this article:Erin Rae and the Meanwhiles