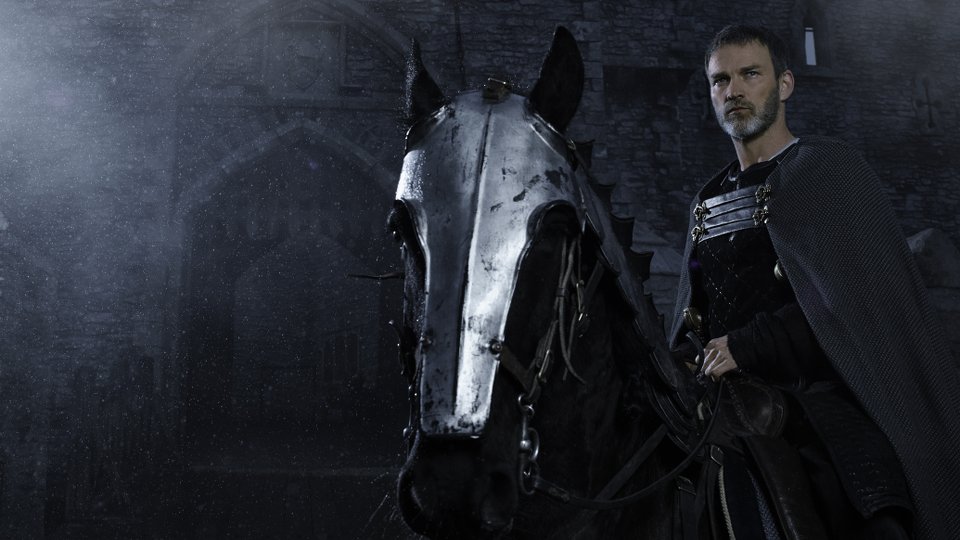 Epic new medieval series Bastard Executioner is coming to HISTORY on 2nd August 2016 it has been announced.

Created by Kurt Sutter (Sons Of Anarchy) the Welsh-filmed historical drama tells the story of Wilkin Brattle, a 14th century warrior in the charge of King Edward I, whose life is ravaged by war when he receives divine guidance to lay down his sword.

When violence threatens once more, he is forced to pick up the bloodiest weapon of all and lead the life of a journeyman executioner. In northern Wales during a time rife with rebellion and political upheaval, Wilkin must tread the thin line between protecting his true identity while also serving a mysterious destiny.

Talking about the series Sutter says, “It wasn’t like I was looking for a period piece. I knew that I didn’t want to do anything else in the crime genre after I mean I loved The Shield and loved Sons (of Anarchy) but really, creatively wanted to do something else, and so it definitely ticked those.

“And then, I love history so I got to immerse myself in the history of the Plantagenets and that whole really fucked up lineage. And then when we set it in Wales, suddenly it presented all these great, less documented external conflicts and external pressures as far as the rebellions that were going on.”

Watch the title sequence for Bastard Executioner below: