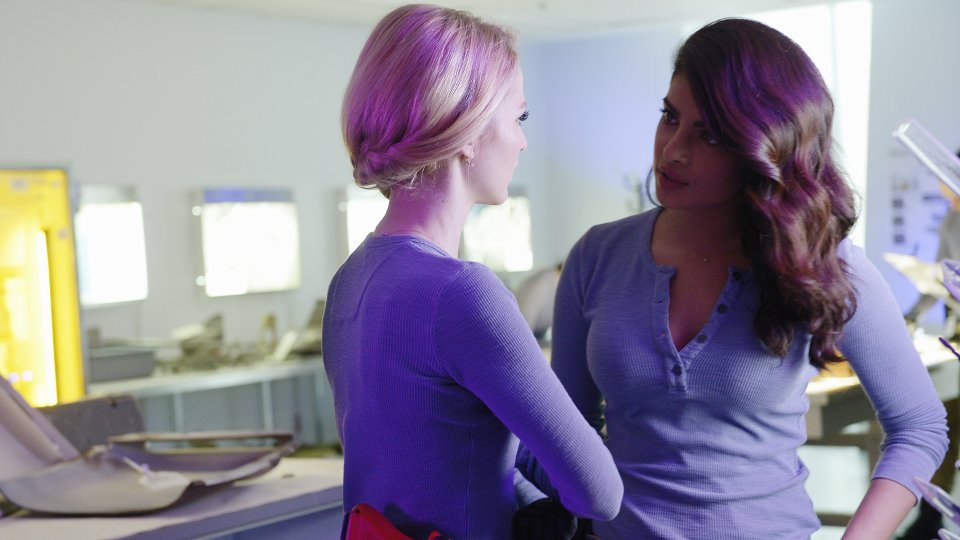 Drew (Lenny Platt) was found in hospital with similar symptoms to Will (Jay Armstrong Johnson) on the latest episode of Quantico.

Alex (Priyanka Chopra) and Shelby (Johanna Braddy) were told by Drew that Ryan (Jake McLaughlin) is the terrorist and given a USB stick to use on his computer to find evidence. It turned out that Drew was actually the voice on the phone and not Ryan, and the USB was to plant evidence implicating Ryan. Drew told Alex to drive Ryan’s truck, which contained a nuclear bomb.

In the past the NATs visited an FBI post in Richmond where they took on cases including a man involved with child pornography. Elsewhere Shelby called Clayton (Mark Pellegrino) to ask for help in taking her parents down.

The next episode of the season is Right. The NATS are excited that graduation is near as they prepare to leave Quantico and head out into the real world for their new assignments. In the future, Alex learns someone she cared about at Quantico is not who they seemed to be, as she finds herself at the heart of another possible attack.