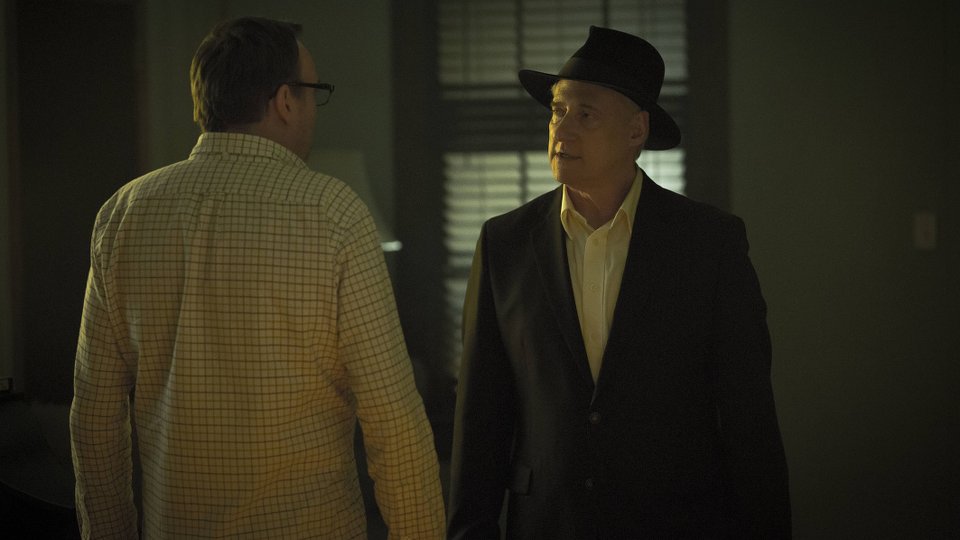 Kyle (Patrick Fugit) kept his eye on his family during the latest episode of Outcast worried that his estranged wife Allison (Kate Lyn Sheil) was still possessed.

For the first time in the series we got to understand a little more about Kyle and Allison’s relationship. It transpired that she didn’t actually know what Kyle had allegedly done to her before she wound up in hospital and she was conflicted about how she felt towards him.

Allison’s behaviour around her daughter became increasingly worrying and she was angry when Kyle showed up on her doorstep causing trouble between her and their daughter. At the end of the episode Allison arrived at Kyle’s house, kissed him and asked him to tell her what happened to her.

Elsewhere in the episode Anderson (Philip Glenister) worried that his previous exorcisms hadn’t worked after discovering Mildred (Grace Zabriskie) was still possessed and he found a teenager he thought he’d cured was also still being tormented.

The next episode of the season is From The Shadows It Watches. Kyle works hard to fit in while Anderson is haunted by one of his past exorcisms. Mark uncovers a new lead in his investigation.

Tune in to FOX HD tonight at 10pm to see the episode. Preview it with our gallery below:

Advertisement. Scroll to continue reading.
In this article:Grace Zabriskie