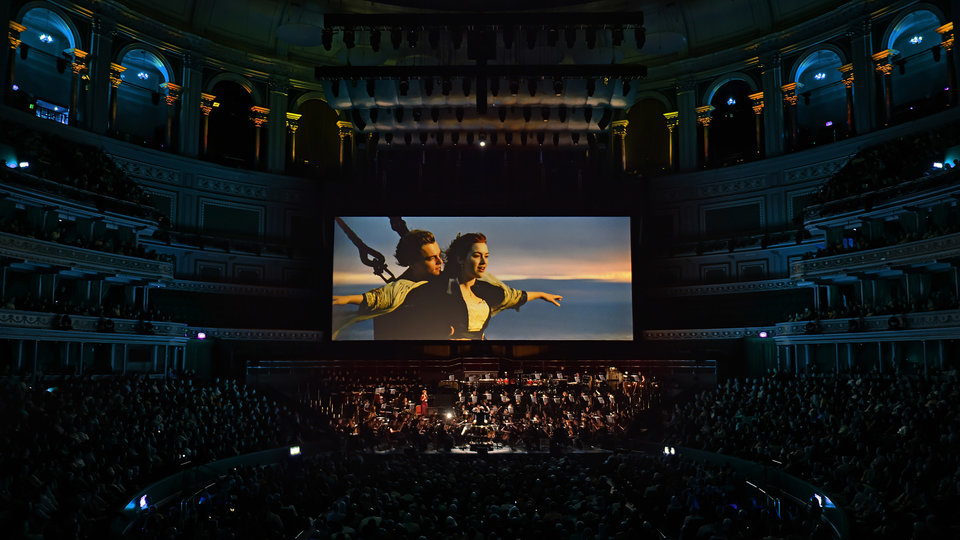 Titanic Live returns to the Royal Albert Hall in 2017 to celebrate the 20th anniversary of James Cameron’s beloved blockbuster.

The event will see the 1997 classic screened in high-definition in the venue’s iconic auditorium, as James Horner’s timeless score is played live on stage by the Royal Philharmonic Concert Orchestra.

Tickets go on-sale on Wednesday 13th July 2016 and are expected to sell out fast.

Lucy Noble, Director of Events at the Royal Albert Hall, said: “We are delighted to be able to celebrate 20 years of this extraordinary movie in the company of one of the world’s leading orchestras.

“The Hall’s name has been indelibly associated with the story of the Titanic for over a century, from the concert in memory of the ship’s band held here just a month after the tragedy, right up to the world premiere of Titanic Live last year.

“These two concerts are a rare chance to experience the film in a completely different way: to immerse yourself in its legendary music, and experience the extravagance of the Titanic amidst the grandeur of our world-famous auditorium.”

The tragedy of the Titanic’s sinking was first marked in the Hall on 21 April 1912, a week after the event, when Chopin’s ‘Marche Funebre’ was played in the venue’s Sunday concert.

A month later, a memorial concert was held for the eight heroic musicians who died at their posts, playing as the waters closed around them. The concert performers were led by seven conductors including Sir Edward Elgar, Sir Henry Wood and Thomas Beecham, before an audience of 7,750, including families of the bereaved.

More recently, the Hall has celebrated the hugely popular, semi-fictionalised film based on the story, with the world premiere of Titanic 3D in 2012, attended by a host of cast and crew – including Kate Winslet, Billy Zane, Bill Pullman and Bernard Hill.
The first ever performance of Titanic Live took place in April 2015, and saw director James Cameron, producer Jon Landau and composer James Horner take to the world’s most famous stage. It was among Horner’s last public appearances before his untimely death two months later.

Cameron said after the event: “Hearing the music dominating like that, you really realise how it drives the emotion of the film, and I felt these big surges of powerful emotion, whether it was the elation of the love story or the dread. I know every frame of the film, and I was experiencing something I’d never felt before – it really takes it all to a higher level.”

Horner added: “I was overwhelmed by the emotional reaction tonight. It was just wondrous.”

The 1997 movie tells the story of a romance across the class divide between penniless artist Leonardo Di Caprio and socialite Kate Winslet, set against the backdrop of the sinking.

Upon release it became the highest-grossing film of all-time, being lauded by critics and winning 11 Oscars, including best song and best score. Horner’s music also won three Grammys.

Titanic Live is an Avex Classics International Production. Tickets are £30-70 from www.royalalberthall.com, on sale from Wednesday 13 July.

Other upcoming film-and-live-orchestra presentations at the Royal Albert Hall include Independence Day, Aliens and E. T. the Extra-Terrestrial.