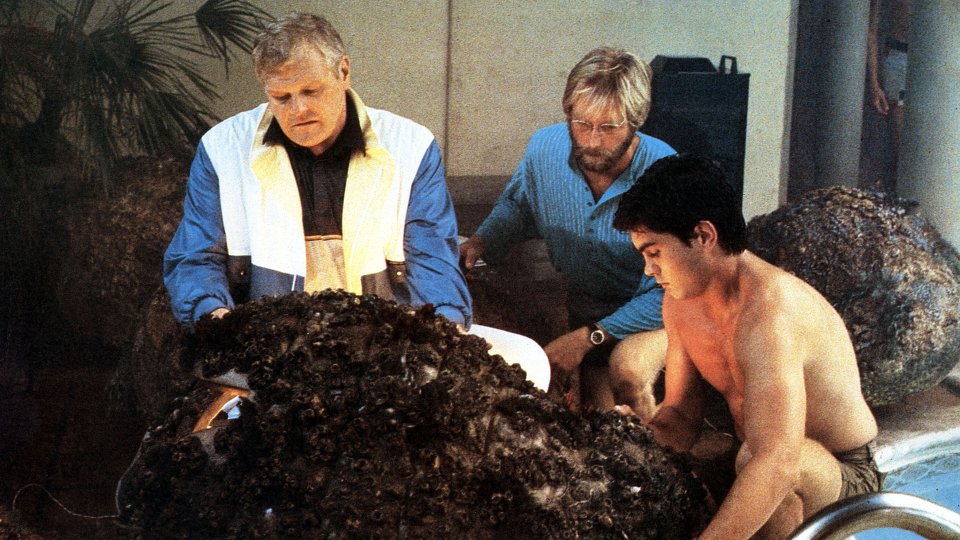 Eureka Entertainment to release Ron Howard’s Cocoon, one of the most beloved sci-fi films of the 80s featuring a star cast of Hollywood legends, in a Special Thirtieth Anniversary Edition Blu-ray on 18 July 2016.

Director Ron Howard followed up the huge success of Splash with this light-hearted science-fiction tale about a group of elderly friends who find their youth returning after encountering a benevolent Alien species living next door to their retirement home.

Bucking the trend of extravagant special effects targeted at a teenage audience, Cocoon with its senior cast and more personal focus was a huge success, picking up two Academy Awards (Best Supporting Actor & Best Visual Effects), and remains one of the most memorable and heart-warming films of the Eighties. Eureka Entertainment are proud to present Cocoon in this Special Thirtieth Anniversary Edition Blu-ray.

From the farthest corner of a distant galaxy and the deepest feelings of the human soul comes a fantasy to fill your heart.

Cocoon Blu-ray edition is released by Eureka Entertainment on 18 July 2016 and is available to purchase here http://amzn.to/1Ry06Hw.

To celebrate the release we’ve got 3 Cocoon Blu-rays to give away. All you need to do to be in with a chance of winning is answer one simple question.