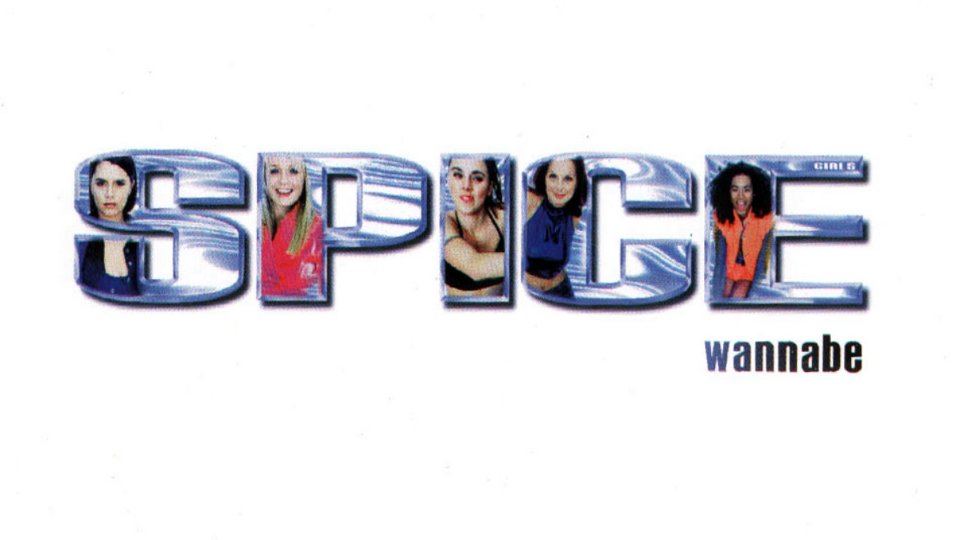 The Spice Girls may not have recorded any new music for almost a decade but Girl Power lives on as strong as ever as their debut single Wannabe celebrates 20 years today.

Originally released on 8th July 1996, Wannabe went on to be one of the biggest pop singles of all-time by a girl group. It introduced the world to Emma Bunton, Melanie Brown, Melanie Chisholm, Geri Halliwell and Victoria Adams and for the next four years the Spice Girls conquered the world.

To mark the now iconic single, we’ve pulled together 10 facts about the song that you may not know!

1. Wannabe was written by the Spice Girls with Matt Rowe and Richard Stannard. Rowe & Stannard also produced the track.

2. Victoria Beckham (known by her maiden name Adams at the time) doesn’t have a solo on the song. After Geri Halliwell departed the band in 1998, Victoria took on her parts during live performances.

3. Virgin Records were originally not happy with Wannabe and tried to persuade the group to give it an R&B remix. After being unimpressed by the results, the Spice Girls stuck to their guns and Mark ‘Spike’ Stent remixed the version that went on to be released.

4. Not only were Virgin Records not happy with the song, they also didn’t want to release it as the group’s first single. Record company executives wanted to release Spice album track Love Thing instead.

5. The music video for Wannabe was filmed at the Midland Grand Hotel in St Pancras London (now the St Pancras Renaissance Hotel). It was directed by Johan Camitz and filmed all in one take.

6. Wannabe originally entered the charts at number 3 before climbing to number 1 in the UK the following week. It’s the group’s only number 1 single not to enter the charts at the top spot.

7. It wasn’t just the UK that instantly fell in love with the Spice Girls. Wannabe topped the charts in 37 countries!

8. Upon its initial release Wannabe featured the B-side Bumper to Bumper, a song that the girls have never performed and didn’t feature on the Spice album.

9. Wannabe picked up a slew of awards including the BRIT Award for Best British Single in 1997, 2 Ivor Novello Awards and Best Dance Video at the 1997 MTV Video Music Awards.

10. The Spice Girls have performed Wannabe on every single one of their concert tours. During their 1999 Christmas in Spiceworld tour they performed two versions of it in their setlist.

Watch the music video for Wannabe below: