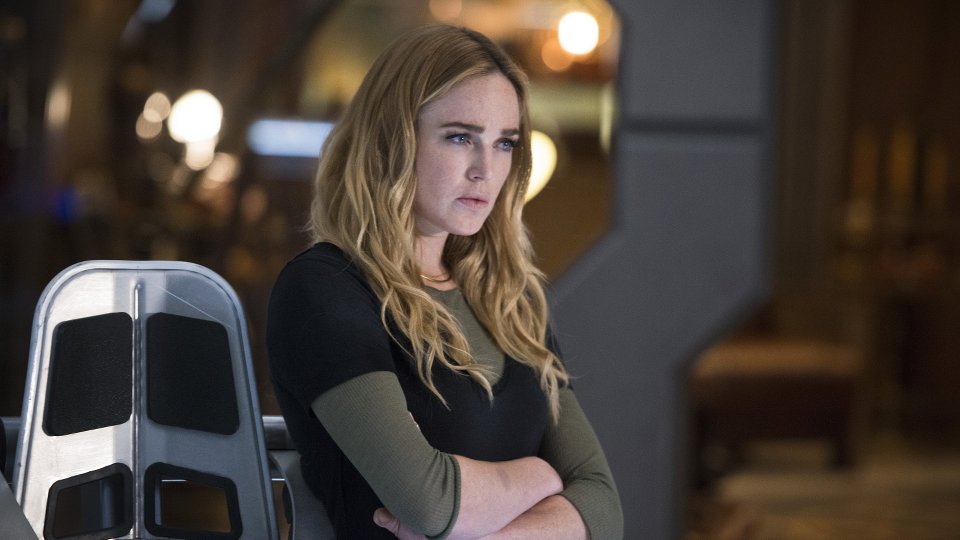 The first season of DC’s Legends of Tomorrow came to a close as the Legends finally defeated Vandal Savage (Casper Crump).

If you haven’t seen the first season of DC’s Legends of Tomorrow and want to avoid spoilers then we suggest you stop reading now. If you want to hear our thoughts on the next season then keep reading.

In the season finale the Legends divided and conquered as they hunted down Vandal to kill him in three different time periods. After Vandal was killed, Kendra (Ciara Renee) and Carter (Falk Hentschel) decided to stay in 2016 and ended their time with the team. The rest of the Legends decided to stick with Rip (Arthur Darvill) and help him protect the timeline.

Rex Tyler (Patrick J. Adams) arrived in a future version of the Waverider to warn the team of their impending death.

Earlier in the season Leonard Snart (Wentworth Miller) lost his life meaning that the Legends team are down 3 people when they return for a second season. We already know that they will be joined by Vixen (Maisie Richardson-Sellers) and it’s unclear at this point if Kendra, Carter or Snart will play any role in the next season.

Ahead of the second season, we’ve started putting together our thoughts about what we’d like to see from the show.

1. Fewer characters. Due to the amount of main cast members some of the characters got sidelined and their stories weren’t developed enough. Sara (Caity Lotz) is one of the most interesting characters on the show and I really felt the whole season failed her.

2. No forced romances. The whole Sara and Snart thing was just a bit odd but the most misjudged romance was that of Ray (Brandon Routh) and Kendra (Ciara Renee). It was clear from the outset that they were going nowhere but still the romance was forced until it reached its inevitable conclusion.

3. Justice Society of America. The arrival of Rex Tyler suggested that the JSA will play a role in the next season and I hope that means we’ll get Patrick J. Adams back for a few episodes too (if his Suits commitments will allow for it of course).

4. A better baddie. Vandal started off intriguing enough but when it was made clear he could only be killed by Kendra or Carter it kind of made the efforts of the other members of the team pretty pointless. The show needs a villain that poses a real threat to all of the Legends not just some of them.

5. The new characters to force the show into new territory. I hope Citizen Steel (Nick Zano) and Vixen add something to the show and don’t just fill the vacated places on the Legends team to make up the numbers. Citizen Steel aka Nathan Heywood should be a pretty important character given that his grandfather Commander Steel was a member of the Justice Society of America.

6. The four-way crossover episode to play a part in The Flash’s Flashpoint storyline. It’s looking very likely that the Arrow, Supergirl, The Flash and DC’s Legends of Tomorrow crossover will play some part in getting Barry (Grant Gustin) back to the timeline he left at the end of season 2 of The Flash so I’m interested to see how all the pieces fit together and what part the Legends play.

7. A stronger focus on Sara, Martin (Victor Garber) and Ray. For me these are the three central characters on the show and I don’t think it could exist without them. I made the point earlier that they were sidelined at times and I’d like to see each of them get meaty storylines, preferably where they are working together.

8. Rip to take a little back of a back seat. Season 1 was essentially his story and now the Timemasters aren’t after the Legends, I think that Rip should take a step back for a little while. Don’t get me wrong I think he’s a great character but his main purpose has been explored and resolved.

9. Black Siren (Katie Cassidy) to come face-to-face with Sara. There’s a possibility that the Earth-2 characters may reappear in DC’s Legends of Tomorrow and if they do I sure hope that Black Siren is top of the list. Katie and Caity have fantastic chemistry and to be honest I’m still reeling from Black Canary’s demise so having Katie back in any form will do me.

10. A more considered season arc. Sure season 1 was all about Rip and the Legends versus Vandal but some of the episodes felt a bit too filler for me. Each episode should advance the plot rather than simply meander around it. There’s a real chance to redefine the show in season 2 and I hope the showrunners take it.

DC’s Legends of Tomorrow returns to The CW in the US and Sky 1 HD in the UK for season 2 later this year.