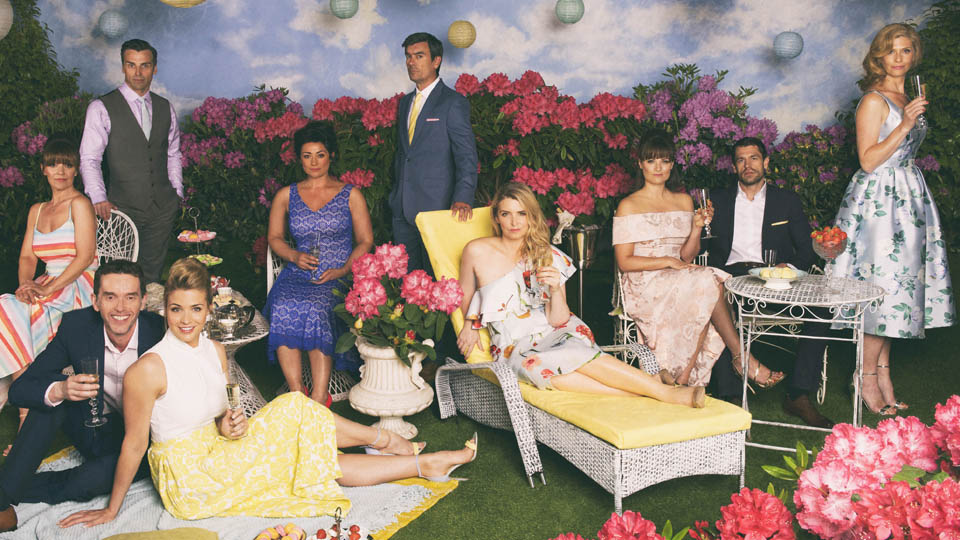 It’s going to a be a summer of lust and betrayal if the latest Emmerdale release is anything to go by!

Andy is tempted once more into the arms of Bernice whilst ‘on a break’ from Chrissie and finds himself on the receiving end of a woman scorned as Chrissie looks for revenge.  A convenient opportunity arises when Lachlan gets in trouble, but will Chrissie let Andy get sent down for a crime he didn’t commit?

Charity has made it pretty clear that she still has the hots for Cain, yet despite her blatant attempts, he’s thus far managed to resist her advances.  Will that remain the case when he finds out Moira has been deceitful?  Could Moira’s action send him straight into the arms of trouble?

Marlon and Carly have grown close after her confession about the loss of her child and through her looking after April from time to time.  What will happen after the pair succumb to temptation and end up in bed together?  Will it lead to something more substantial or will it ruin their friendship for good?

Meanwhile, Marlon’s bezzy mate Paddy, returns to the village to find Rhona playing happy families with Pierce;  the husband of the woman he was having an affair with.  Will his return make Rhona think twice and how will Paddy cope with her choice of new lover?

It promises to be a long hot summer in Emmerdale!

Emmerdale is on ITV1 week nights at 7pm with an extra show 8pm Thursdays.