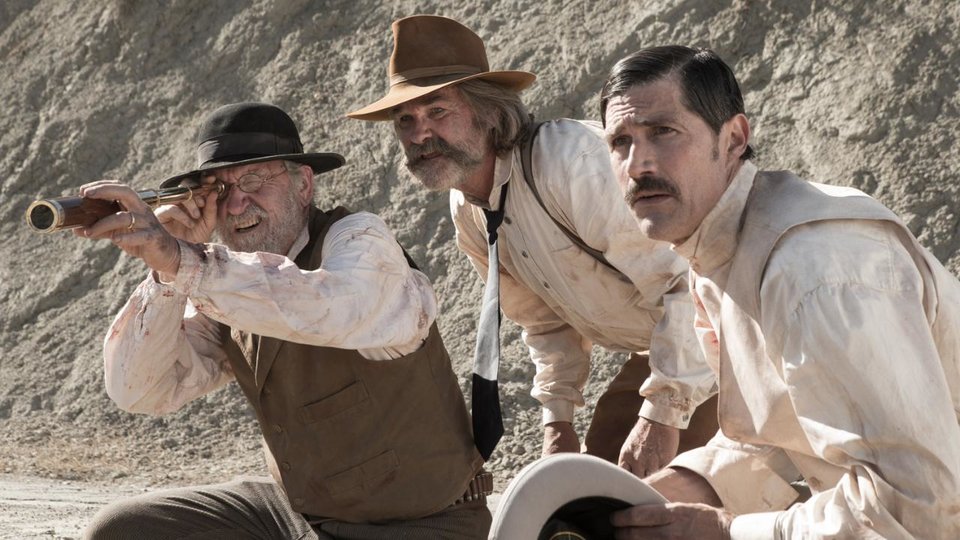 The Works UK Distribution is delighted to announce the DVD release of Bone Tomahawk on 13th June 2016 in both the UK and Ireland.

Nominated for Best Screenplay (for S. Craig Zahler) and Best Supporting Actor (for Richard Jenkins) at the 2016 Independent Spirit Awards, and winner of both the Best Director and Jose Luis Guarner Critics’ Award at the 2015 Sitges Film Festival, Bone Tomahawk garnered rave reviews on its theatrical release in the UK.

When a group of cannibal savages kidnaps settlers from the small town of Bright Hope, an unlikely team of gunslingers, led by Sheriff Franklin Hunt (Kurt Russell), sets out to bring them home. But their enemy is more ruthless than anyone could have imagined, putting their mission – and survival itself – in serious jeopardy.

The film is executive produced by Dallas Sonnier and Jack Heller of Caliber Media.

For your chance to win one of 3 copies of Bone Tomahawk on Blu-ray, all you need to do is answer the following question below.