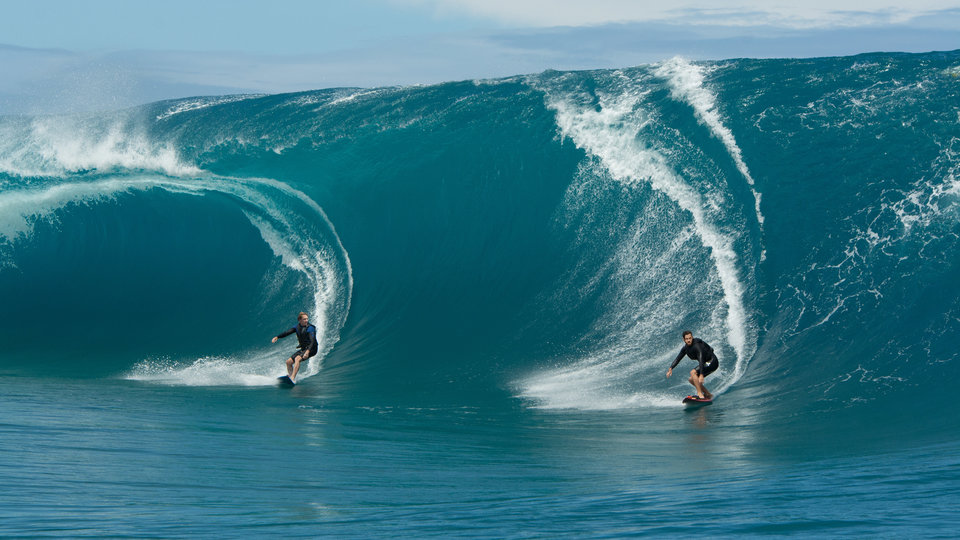 Rookie FBI Agent Johnny Utah (Luke Bracey) goes on the trail of a group of extreme Poly sports athletes committing high-scale crimes. Led by Bodhi (Edgar Ramirez), Utah finds the lines blurred between his job and his desire to live life to the max.

It looks like remakes are here to stay so I won’t delve into that particular argument right now. However, the reimagining of a classic can sometimes work out well. Point Break has a loyal fan-base but ultimately this feels like a different film altogether – albeit one with all of the memorable scenes from the original still attached. Directed by Ericson Core, this action-drama features some amazing set-pieces and a strong desire to bring real authenticity to the table, resulting in a very enjoyable cinema experience – especially in 3D. This translates to Home Entertainment platforms too (regardless of your TV set-up).

Luke Bracey is certainly one of the faces to watch out for in the future. From humble beginnings in soap Home and Away, the Australian actor has gone on to appear in G.I. Joe: Retaliation, The November Man and The Best of Me. Possessing the attributes to become a great lead, Bracey continues to work hard but the Point Break script doesn’t give him ample opportunity to shine here.

So often the best thing in his movies, Edgar Ramirez is always reliable and he continues this trend here. Following on from the late, great Patrick Swayze is a hard task but his screen presence is apparent and he brings a new dynamic to the table as Bodhi. Ramirez makes the role his own and is a joy to watch. The supporting talent is a mixed bag. The ageless Delroy Lindo is great but Teresa Palmer is weak as the hazy love interest. Ray Winstone is his usual self with a fluctuating accent to boot.

The dialogue wavers and it needed more to hold its own against the action scenes. But the action is truly spectacular and does enough to warrant this movie a watch. A wing-suit flight and a sheer waterfall climb are particular highlights that leave you breathless. The film lays out a massive marker with its opening scene – a Motocross dash that is really amazing and features some astonishing bike action.

Point Break is a solid action drama. True, there are problems with the script and it doesn’t top the original (was it ever going to?), but they should be applauded for trying something a bit different. Making this a global film was a masterstroke, as was the desire to keep all of the stunts grounded in reality. On the whole, Point Break is a very watchable movie with spectacle that fully warrants your attention.