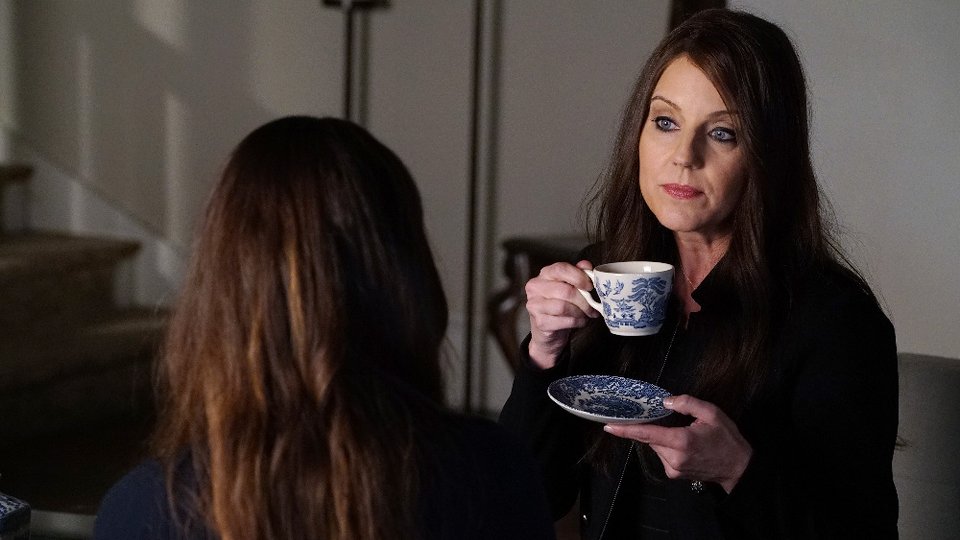 Pretty Little Liars is back later this month for it’s seventh and possibly final season.

When we last saw the Liars they were shocked when their latest plan went horribly wrong. In a bid to unmask and catch Uber A, the Liars used Hanna (Ashley Benson) as bait but things went awry and she wound up being kidnapped.

The episode also revealed that Mary Drake (Andrea Parker), Jessica DiLaurentis’ sister, was still alive and she had been causing mayhem for the girls as she wanted to know which of them was responsible for the death of her daughter Charlotte (Vanessa Ray). She was shown to be in league with Alison’s (Sasha Pieterse) new husband Elliot (Huw Collins).

The first episode of the new season is Tick-Tock Bitches. After Hanna’s shocking abduction by “Uber A,” the PLLs and company desperately race against the clock to save one of their own. The only way to do this is by handing over evidence of Charlotte’s real murderer to “Uber A.” In order to do so, the girls must decide what blatant lines they are willing to cross that they have never breached before; and once they cross that line, there is no turning back.

Tune in to Freeform at 8/7c on Tuesday 21st June in the US and Netflix on Wednesday 22nd June in the UK to see the episode. Preview it with our gallery below: