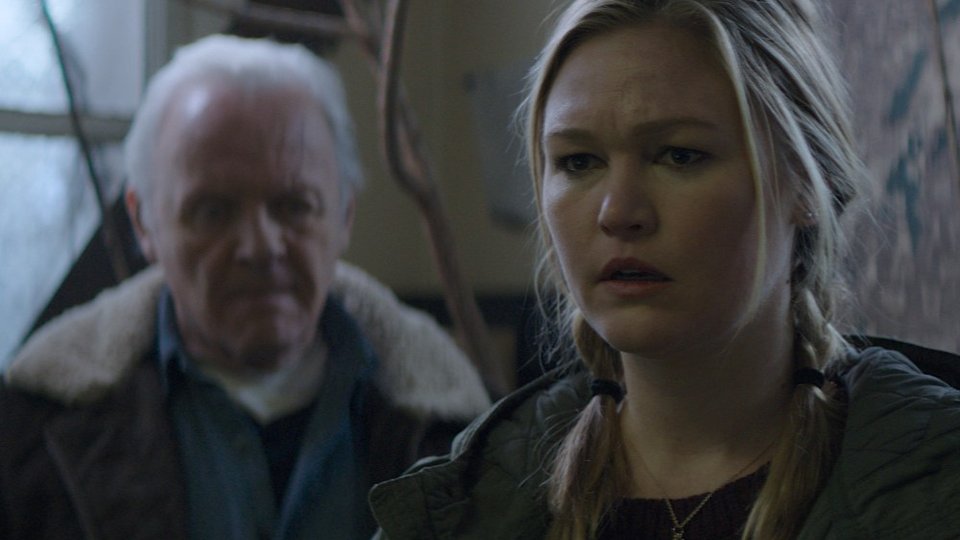 Daniel Alfredson, the director of The Girl Who Played with Fire, assembles an all-star cast for this dreary and lacklustre revenge thriller. Set in a small logging community in the Pacific Northwest, the stunning and atmospheric locations are a perfect match for Alfredson’s Scandi-Noir ice cold aesthetic. The drama however, is decidedly lukewarm.

Julia Stiles plays Lillian, a woman from Seattle who was moved back to her hometown after her mother’s death. She is being harassed by a man named Blackway, an ex cop turned local crime lord. When she tells the Sheriff, he doesn’t want to get involved, and tells her to leave town instead. Lillian is too resilient to be driven out of her home, and decides to take a stand against Blackway.

Lillian enlists the help of an old logger named Lester (Anthony Hopkins) and his young sidekick Nate (Alexander Ludwig), and together they set off to find Blackway and take him down. Hopkins, who is always a joy to see on screen, eschews any attempt to portray a convincing Northwestern woodsman, speaking his lines in a native Glamorgan accent. It is one of the most “couldn’t give a toss” performances I have ever seen.

Funnily enough, the confusing accent fits perfectly, as nothing makes much sense. The film alludes to mystery, but just comes off as confusing, and leaves too many things unexplained. Why is Blackway bothering Lillian? Why is the entire town terrified of him? If he is such a dangerous badass, why does he lurk around Lillian’s home like a creepy little weirdo? How did he go from being a deputy sheriff to being the local kingpin? And why does Lester get involved in this at all? There are hints at a tragic backstory for him, but the motivations of all the main characters are left as shrouded in mist as the forest scenery.

There’s very little to recommend in this film. It could potentially have been a decent pulpy thriller, but the whole thing is undercut by a weak script, pedestrian direction, uninterested performances, and a groaning over the top score that belongs in a horror movie.

I’m sure it would have liked to have been this year’s Winter’s Bone, with it’s similar manhunt in the lawless backwoods of America narrative. Let me be clear though, it falls spectacularly short in every way possible.