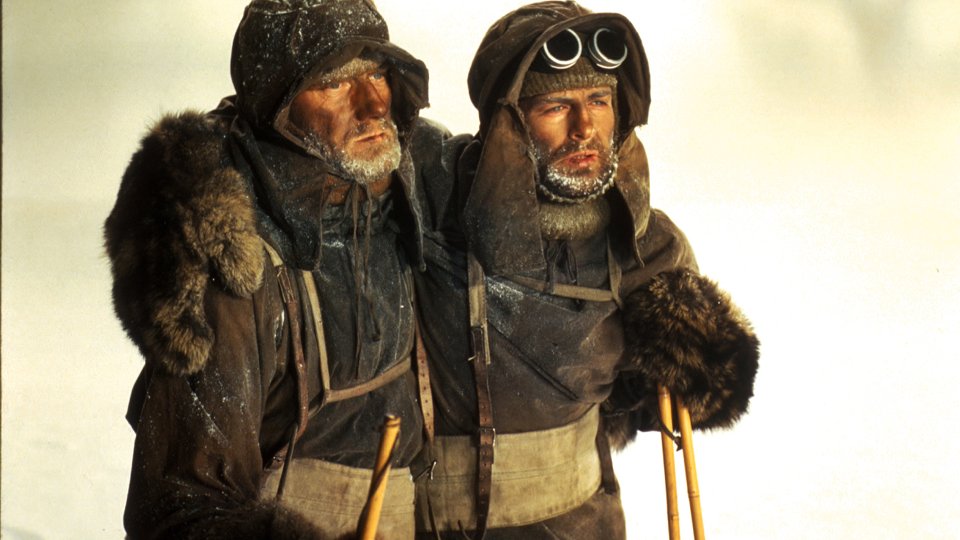 Studiocanal is thrilled to announce the new DVD, Blu-Ray and EST release of Ealing Studios classic Scott of the Antarctic on 6th June 2016, beautifully restored in 2K and for the first time ever from a Technicolor 3 strip negative.

Based on the real life adventures of Robert Falcon Scott and his fellow explorers Scott of the Antarctic tells the story of the infamous but ill-fated 1912 expedition – a race against Norway to discover the South Pole.

Adapted from Scott’s diaries and visually inspired by original footage from the expedition, Scott of the Antarctic was shot almost entirely in studio and in Technicolor, making it one of Ealing Studios’ most lavish productions of the time. The film’s authenticity and aesthetic splendour is thanks to highly acclaimed cinematographer Jack Cardiff OBE. Tremendously British in style and spirit this documentary-style drama is complemented by an original score by Ralph Vaughan Williams, which later became his seventh symphony, ‘Sinfonia Antarctica.’ Scott of the Antarctic was nominated for Best British Film at the BAFTAs in 1949.

To celebrate the release we’ve got 3 copies of Scott of the Antarctic on Blu-ray to give away to our readers. All you need to do to be in with a chance of winning is answer one simple question below.

Win Scott of the Antarctic on Blu-ray

In this article:Scott of the Antarctic