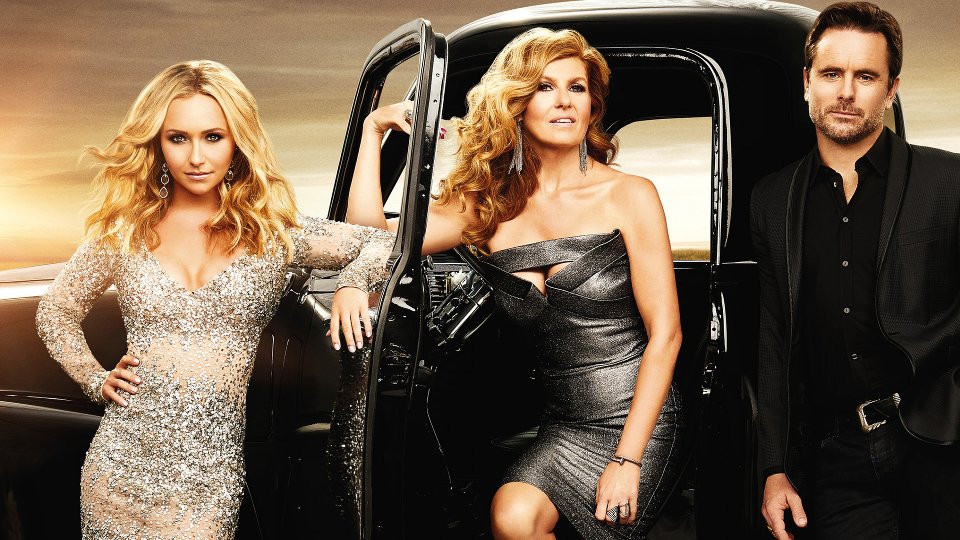 Nashville just finished its fourth and possibly final season run in the US and fans of the show are up in arms at the decision by ABC to cancel it.

If you haven’t seen the fourth season of Nashville and want to avoid spoilers then we suggest you stop reading now. If you have seen it and want to hear our thoughts on a potential season 5, keep reading.

As always, ABC left fans hanging when they announced the fate of all of their shows with the exception of Nashville a couple of months back. Long time fans of the show weren’t surprised as the network has a history of revealing the show’s fate at the last possible moment. I even joked about it with Charles Esten back in March when he played London’s C2C: Country to Country festival.

Following Nashville’s cancellation there’s been an outpouring of anger from the show’s fans but amazingly they’ve channelled into something incredibly positive. #BringBackNashville has trended frequently on Twitter with over 100,000 tweets in support of the show. Lionsgate TV, who produce the show, have confirmed that four networks/platforms are interested in picking the show up for more seasons, and the show’s cast have actively campaigned to find the show a new lease of life.

Even better news is that the cast are on board with a new season and the studio has them all signed into long-term contracts. At the moment the goal for the show is to find a home for a fifth season and then anything that comes after that is a bonus.

The season 4 finale did a fairly good job of wrapping up many of the season’s storylines with Maddie (Lennon Stella) returning back to her family after almost being sexually assaulted by her producer, and Rayna (Connie Britton) and Deacon (Charles Esten) reuniting following their marriage troubles; Will (Chris Carmack) finally turned the tables after being victimised by a homophobic broadcaster and found love again with Kevin (Kyle Dean Massey); Avery (Jonathan Jackson) finally realised Layla (Aubrey Peeples) was a worse manipulator than Juliette (Hayden Panettiere); and Gunnar (Sam Palladio) kissed Scarlett (Clare Bowen) on stage after she confessed her feelings, much to the dismay of a horrified Autumn (Alicia Witt).

The storyline that didn’t get wrapped up though was Juliette’s. After deciding to come clean about her role in Jeff’s (Oliver Hudson) death after arriving at the Oscars, Juliette jumped on a plane and headed back to Nashville to be with her family. With Avery and Cadence waiting on the runway, it soon become clear something had happened with Juliette’s plane and it was confirmed that communication with the plane had been lost 90 miles outside of Nashville. What happened? Unless we get a season 5 we’ll never know!

As we patiently wait for news of a new home for Nashville, I’ve put together a list of reasons why the show deserves a season 5 pick-up. Read on to find out my thoughts…

1. We need to know what happened to Juliette. It’s very unlikely that one of the show’s main stars would be killed off but I wouldn’t be surprised if there’s some tragedy awaiting Juliette that will delay her inevitable reunion with Avery. As long as it doesn’t go down the coma route (we’ve been there before with Rayna) followed by memory loss I’m on board with a little drama.

2. Gunnar and Scarlett. These two have been flitting back and forth for four seasons and it finally feels like they might have a real shot at a relationship. Their jealousies need to be kept at bay but I’d like to see a season where they try to navigate being in a relationship and being in a band together.

3. Happier times for Rayna and Deacon. No sooner were they married, the couple headed straight into marriage woes. Deacon has proven he’ll do whatever it takes to keep Rayna and the two of them were meant to be. Give them a break and let them enjoy a little happy. There are plenty of other things that can occupy them without constant fighting.

4. Will back on top. The future is looking bright for the openly gay Country singer and I want to see how the show pushes forward with that storyline. Now Will has finally fought his corner and stood up to the bigots, it’ll be interesting to see how he rebuilds his career. The issue is certainly a topical one and I’d like to see the show continue it to a proper conclusion.

5. The redemption of Layla. I’ve always stuck up for Layla despite her crazy, crazy antics over the seasons. This year she’s gone too far and she’s alienated the one person, Avery, who actually believed in. If Juliette can achieve redemption, Layla can too and I want to see her put the childish behaviour behind her, focus on her music and prove everyone wrong.

6. What’s next for Maddie and Daphne (Maisy Stella)? Rayna’s daughters got the chance to shine individually this season. A lot of viewers didn’t enjoy the Maddie arc where she was emancipated from her parents but it showed that Lennon Stella is really growing as an actress. Maddie is still signed to a major label deal and surely she can’t use her mum’s influence to get her out of it? As for Daphne I’ve enjoyed seeing her do more solos and I’m hoping she continues that in the next season.

7. Luke (Will Chase) needs a purpose. After losing Rayna to Deacon, Luke has been stuck in a bit of a plot rut. Aside from arguing with his son, Luke has done nothing much other than fight for Will to be heard on Country radio. While that’s an admirable thing, it’s time that Luke assesses the damage that his allegiance with Will has caused and starts to rebuild his damaged career.

8. Nashville’s role in promoting Country music worldwide. It would be wrong to dismiss Nashville as just a soapy drama. The show has done so much for promoting Country music outside of the US and is in part responsible for the growth of the genre, particularly here in the UK. For most of us UK fans, the show is the only Country music we actually get to see on our TV screens and if we lose it I’m worried about the momentum the genre will lose on this side of the pond.

9. The music. Obviously one of the best things about Nashville is the music. It soundtracks the entire show and it’s enjoyed by millions long after the show has finished each week. There’s so much variety and each of the cast has their own distinctive style. This isn’t Glee style covers people, this is real music.

10. The new showrunners. Marshall Herskovitz and Ed Zwick were hired, and are still under contract, to run the next season of Nashville. I’m interested to see in what ways they strengthen the show and shape it for the next phase of its life (I’m being optimistic here that it’s going to run for years to come). They’ll breathe new life into the show, hopefully refocus on the show’s core and bring Nashville back fighting.

Nashville is currently trying to find a new home after being cancelled by ABC.