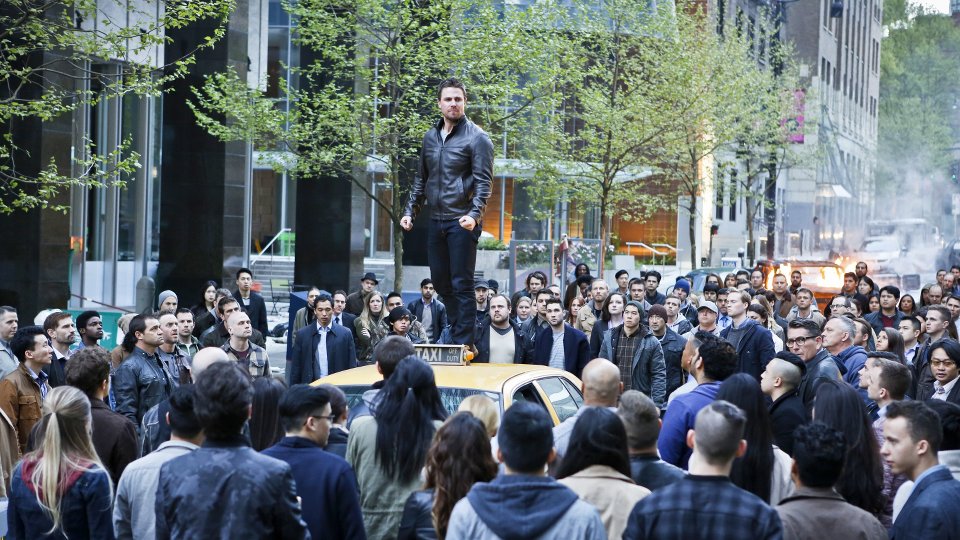 Felicity (Emily Bett Rickards) continued to work with her father Noah (Tom Amandes) as they attempted to stop Damien Darhk (Neal McDonough) on the latest episode of Arrow.

Curtis (Echo Kellum) was brought into the fold to work alongside them as they tried to stop Rubicon for good. They managed to do so but Felicity’s interactions with her father left her mother (Charlotte Ross) upset and she asked Noah to leave Felicity alone if he truly loved her.

Elsewhere Diggle (David Ramsey) and Oliver (Stephen Amell) located Thea (Willa Holland) in H.I.V.E’s underground town but found she had been forced to take mind-control pills by Malcolm (John Barrowman). Oliver managed to bring her to her senses just as Lonnie Machin (Alexander Calvert) took over the command centre and threatened to destroy the town.

Oliver, Thea and Diggle confronted Machin, who had Ruve (Janet Kidder) and her daughter as hostages. Their attempts to stop him resulted in blowing up the command centre and the town having to be evacuated. Machin escaped but he killed Ruve before he did.

The episode ended with Darhk arriving at Oliver’s home where Felicity, Donna and Curtis were.

The season finale is Schism. Oliver teams up with an unlikely force as he tries to stop criminal mastermind Damien Darhk once and for all.