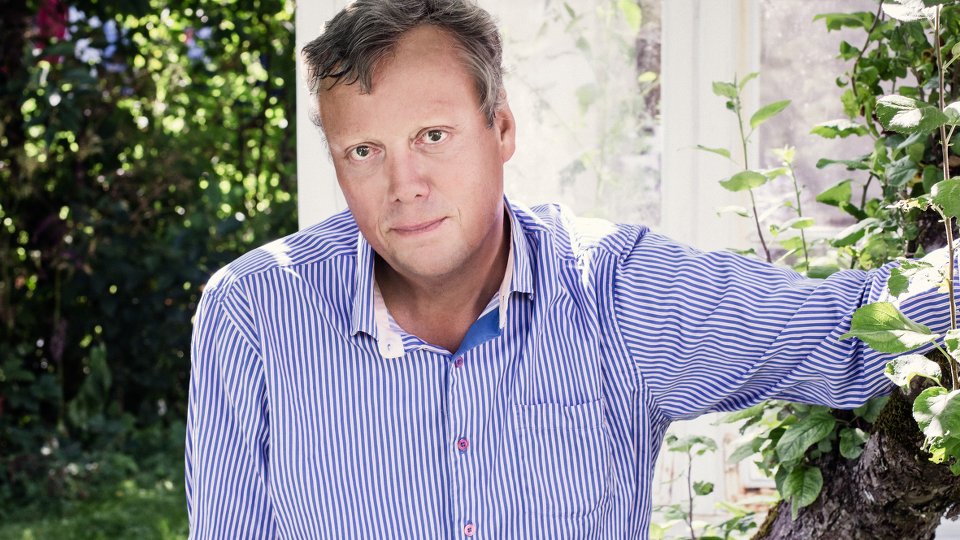 Following up the incredible success of The 100 Year Old Man Who Climbed Out of the Window and Disappeared was always going to be a difficult task for author Jonas Jonasson. The word of mouth success of that book catapulted him to international stardom and a film adaptation further cemented it as one of the most talked about books in recent years. Follow-up The Girl Who Saved the King of Sweden followed the winning formula of The 100 Year Old Man but it didn’t quite hit the mark in the same way and in my opinion was let down but a disappointing final few chapters. Jonas is now back with his third effort entitled Hitman Anders and the Meaning of It All.

This book tells the story of a Swedish hitman who takes up residence in a hotel befriending young receptionist Per Persson. He soon gets caught up in a scheme concocted by Per and lapsed priest Johanna Kjellander when they spot an opportunity to make money from his wicked ways. Things are going well until Hitman Anders decides that he doesn’t want to be a hitman any more and instead turns to God, much to the surprise of his new ‘friends’. Per and Johanna aren’t ready to give up their cash cow just yet so they hatch another scheme to ensure that their wealth isn’t affected, which soon draws the attention of a bunch of scorned gangsters hell bent on revenge.

Anyone expecting a rehash of the style of the first two books will be surprised by Hitman Anders and the Meaning of it All. While Jonas’ trademark biting humour is present, the dual narrative that was prevalent in The 100 Year Old Man and The Girl Who Saved the King of Sweden is gone. Instead Jonas has opted for a more linear narrative this time round and that’s one of the many things that go in its favour.

At its heart Hitman Anders is a biting satire on organised religion with Jonas getting plenty of his personal viewpoints on the subject across through the words and actions of his characters. The set-up itself is pretty hilarious and it doesn’t take long for the story to get going. The trio of Hitman Anders, Per and Johanna is a winning one and the three of them provide plenty of laughs. Johanna is arguably the most interesting character having been forced into her vocation by her pushy father and lacking any interest of belief in God.

As is Jonas’ signature style, the pace is zippy and the dialogue frequently laugh-out-loud funny. Things really pick up once Hitman Anders decides to turn his back on his violent ways much to the chagrin of Per and Johanna. Having started making a tidy profit for themselves, the duo are reluctant to give up their new found wealth and their plans become more and more dastardly pushing the story into hilarious situations. What ensues is a very entertaining cat-and-mouse story with Per and Johanna trying to keep one step ahead of the gangsters they’ve pissed off through their various plans. The entire time Hitman Anders is completely unaware of what’s going on around him placing all of his trust in his two untrustworthy companions.

After the disappointment of The Girl Who Saved the King of Sweden, Hitman Anders and the Meaning of it All is a real return to form. Just as funny as The 100 Year Old Man, Hitman Anders is full of colourful characters, wacky scenarios and great lines of dialogue that will have you belly laughing throughout. Jonas’ writing style always makes his work easy to read and Hitman Anders is addictive (I read it in two sittings) and a lot of fun.

In this article:Hitman Anders and the Meaning of it All, Jonas Jonasson