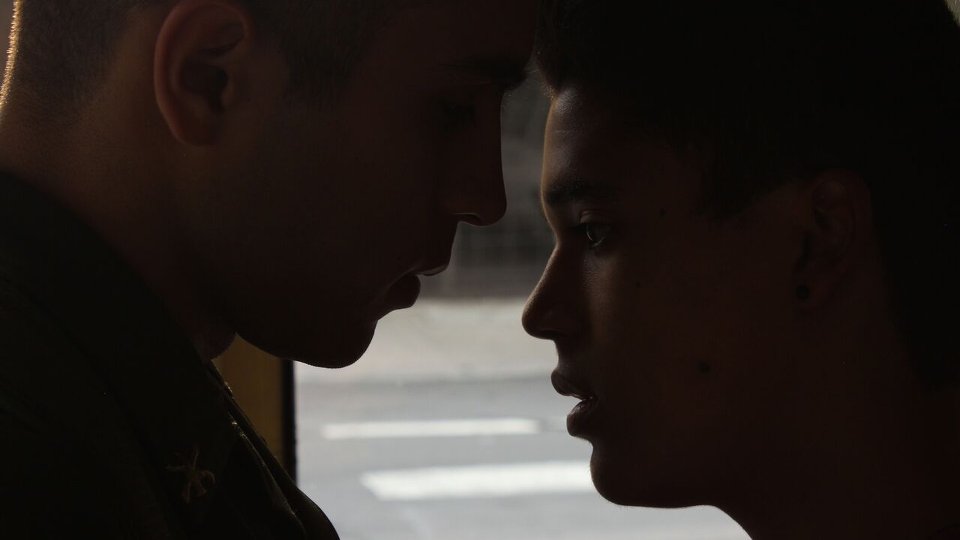 Julian Hernandez and Roberto Fiesco pull together five shorts for the release of Mexican Men. Exploring love, sexuality and of course men in Mexico, the DVD features five very different shorts with the theme of dance running through them. From the abstract to the more linear, the film-makers show a lot of versatility and creativity but not every short manages to hit the mark.

Mexican Men opens with Tremulo, the best of the five shorts in the collection. It tells the story of a barber shop assistant who is cleaning up one night when a young man knocks on the door. He pleads to be let in for a haircut and the assistant lets him in, even though he knows he shouldn’t. The two men become close quickly and there’s a surprising twist at the end that serves the story well.

Mexican Men closes with To Live, an arty look at relationships. It’s not the easiest here to understand but it’s beautifully shot and the dance sequences in the section Rivers in the Time of Rain look fantastic.

Shorts are not always to everyone’s taste and some of the ones included here certainly left me feeling cold. The more linear stories are easier to engage with and enjoy, and I personally would have liked more like Tremulo rather than Atmosphere. Still this collection showcases what the film-makers can do and you have to commend them for taking chances and doing something that bit different.

Watch the trailer for Mexican Men below:

In this article:Mexican Men, TLA Releasing