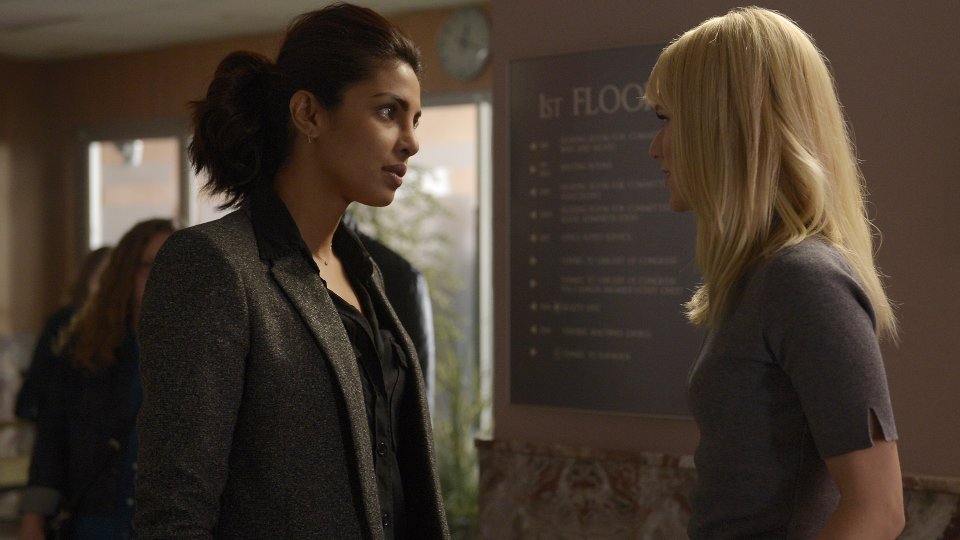 The NATs were given a long weekend off to celebrate New Year’s Eve on the latest episode of Quantico.

In the present timeline Alex, Nimah and Natalie found Simon (Tate Ellington) with a detonator taped to his hand in the hotel where the Democratic delegates were staying. Elias (Rick Cosnett) was revealed to be involved with the bomb plot and he threw himself out of a window and fell to his death.

A third bomb was detonated in the command center where the FBI were trying to figure out who bombed Grand Central.

The next episode of the season is Alex. Alex must testify at a hearing about the bombings to prove her innocence.